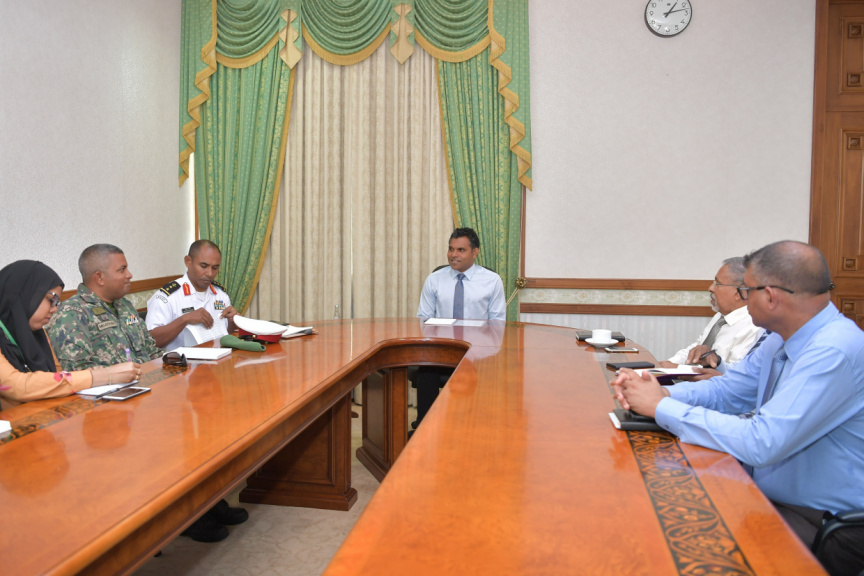 Vice President Faisal Naseem has engaged in discussions with senior officials from State agencies regarding marine safety and security.

The discussions took place at the President’s Office this Sunday.

The President’s Office reports that the officials discussed additional measures to ascertain marine safety and security, establishment of a more effective mechanism to monitor for vessels in distress, and explored possible legislative changes during the meeting.

According to the President’s Office, the officials also discussed conducting assessments to gauge the effectiveness of implementation of existing legislature and regulations on marine safety. They agreed to remedy the issues through the National Search and Rescue Committee.

Discussions are underway regarding making lifejackets compulsory on all passenger boats.

VP Faisal: 22 new resorts to open by end of next year

'No immediate plans to impose toll fee to cross bridge'