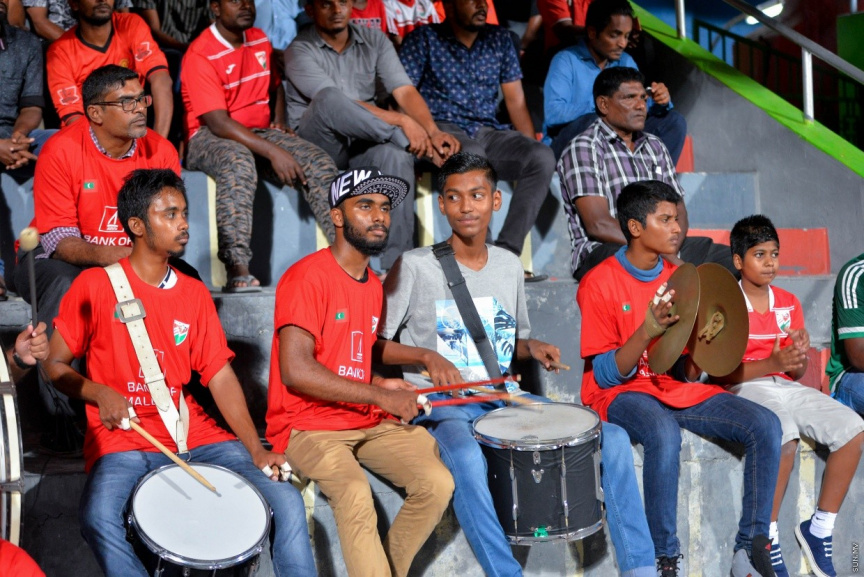 FAM has announced that only 3,400 tickets will be available at the beginning for upcoming China vs Maldives football match.

The match will be on Tuesday and tickets will be available from today onwards. The 8000 capacity National Stadium has seen a huge fall in the number of attendees for National Team matches which used to get attract masses of crowds.

The aura of football is back in the country with the National Team but only 3400 supporters will be allowed into the stadium for the next competitive match of the team on Tuesday. This is because the stands next to the main gate (Galolhu Cemetery) have been closed for the public due to safety concerns.

The Tourism Minister Ali Waheed who had been filling in the role of Sports Minister at the time of the closure had said that this was a chance to renovate the stands and promised to bring an action to the plans formulated for the purpose. The Minister had also stated that since this was not in the budget of the government, the Minister would work with FAM and try to get the help of FIFA for the project.

The Sports Minister Ahmed Mahloof who was appointed after Ali Waheed has stated that the National Stadium will be closed for renovations soon and matches will be moved to the Running Track stadium in Hulhumale temporarily.

The match with China has got Maldivians vying with excitement due to the fact that the nation's legendary and most decorated player Ali Ashfaq will play for the National Team after being reselected.

The number of seatings for Maldivians has also been limited due to the fact that many Chinese nationals are also in the country for holidays and requests are being made for tickets by several travel agencies. The FAM also has to abide by FIFA rules regarding allocating seats for away team supporters.

The Maldives was in the same group as China for the last World Cup qualifying fixtures. The two fixtures between the two countries had to be played in China due to the National Stadium getting damaged in the Independence Day celebrations of last year. The Maldives lost the two matches with a score of 3-0 and 4-0 to China.

The match on Tuesday will kick off at 8:00 and tickets will be available from 4:30 onwards today.