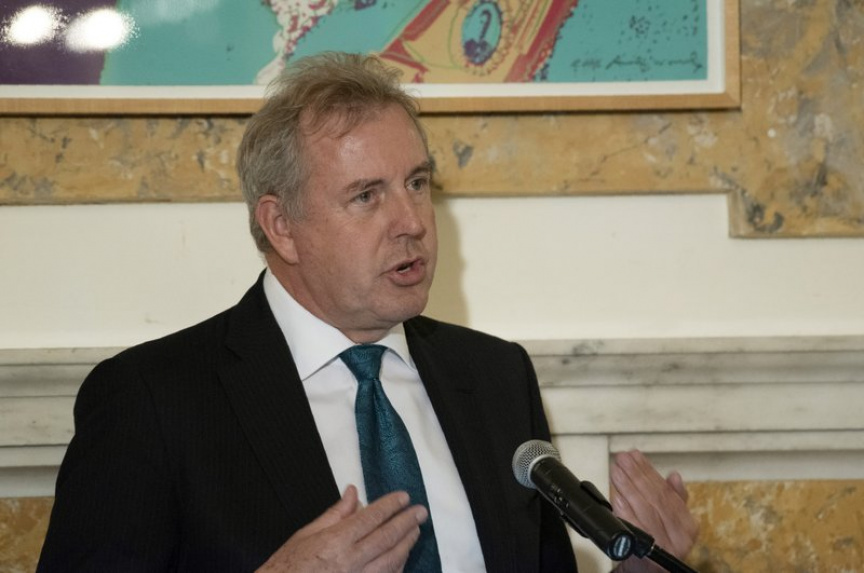 LONDON (AP) — British police opened a criminal investigation on Friday into the leaking of confidential diplomatic memos that cost the U.K. ambassador in Washington his job.

The Mail on Sunday published cables from Ambassador Kim Darroch describing the Trump administration as dysfunctional, clumsy and inept. The president hit back by branding the ambassador a “pompous fool,” and Darroch resigned, saying it had become impossible for him to do his job.

Counterterrorism police chief Neil Basu said Friday that the leak had damaged U.K. international relations and there was “a clear public interest” in prosecuting the perpetrator or perpetrators.

He urged the culprits: “turn yourself in at the earliest opportunity, explain yourself and face the consequences.”

British officials have said they have no evidence hacking was involved in the documents’ release, and that the culprit is likely to be found among U.K. politicians or officials.

The Official Secrets Act bars public servants from making “damaging” disclosures of classified material. Breaching the act carries a maximum sentence of two years in prison, though prosecutions are rare.

“Some people just told me ... he actually said very good things about me,” Trump said.

He added that the British have “got to stop their leaking problems there just like they have to stop them in our country.”