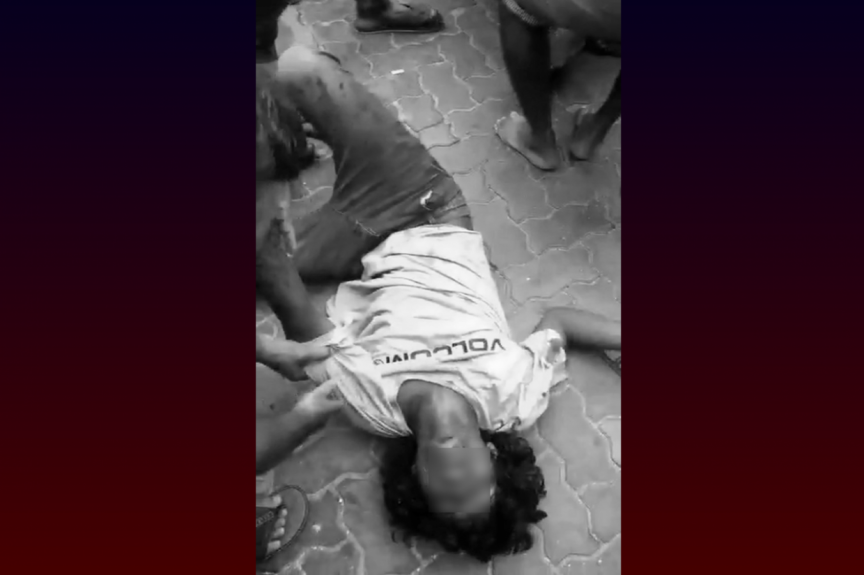 A man lays injured after getting caught under concrete from the 2nd floor balcony of H. Rudhoshuge in Male' City which collapsed on June 26, 2019. (Photo/Sun/Muaviyath Anwar)

Four of the five people who were injured when the second floor balcony of a house in Henveyri district of Male’ City collapsed have now been discharged from the hospital following treatment.

An eye eyewitness reported to ‘Sun’ that two young men were sitting on motorcycle directly below the balcony when it collapsed.

The two young men, and three other men on the street hit by the falling debris were taken to ADK Hospital with injuries.

Managing Director of ADK Hospital, Mohamed Affaal reported to ‘Sun’ this Thursday morning that all of the injured men have now been discharged, except for one.

Affaal said the condition of the patient who remains hospitalized is ‘stable’, but did not disclose details of the injuries.

Balcony of a Maafannu residence collapses

Suspect in abuse of girl from Huvadhoo to remain jailed