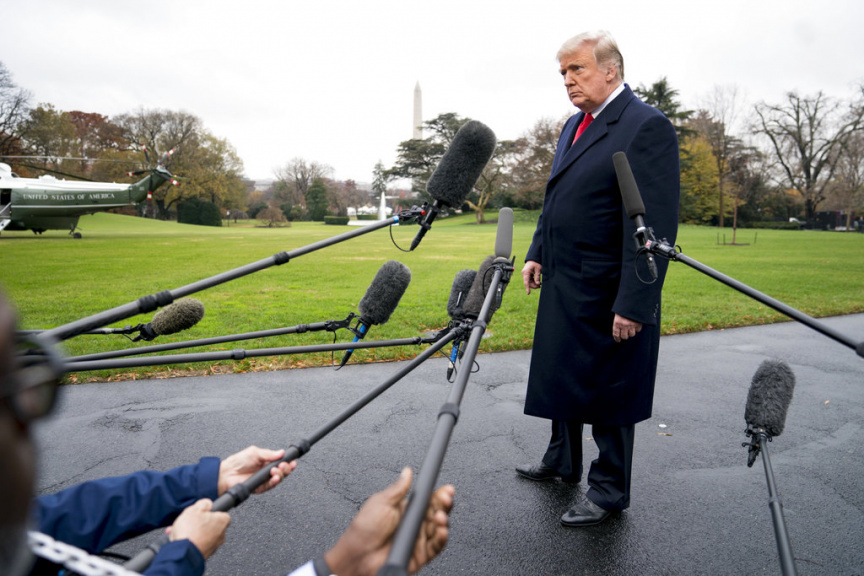 President Donald Trump listens to a question as he speaks to members of the media before boarding Marine One on the South Lawn of the White House in Washington, Monday, Nov. 26, 2018, for a short trip to Andrews Air Force Base, Md., and then on to Mississippi for rallies. (AP Photo/Andrew Harnik)

NEW YORK (AP) — President Donald Trump is raising the possibility of starting "our own Worldwide Network" to counter news spread internationally by CNN.

Trump said via Twitter on Monday that CNN "has a powerful voice portraying the United States in an unfair and false way. Something has to be done."

It wasn't immediately clear what he meant by a worldwide network. The U.S. government already operates Voice of America, which last year reached some 275 million people worldwide with news reports from the United States available on television, radio, online and social media.

CNN had no immediate comment about the new criticism by the president.

UK's May fights to sell Brexit deal to a skeptics