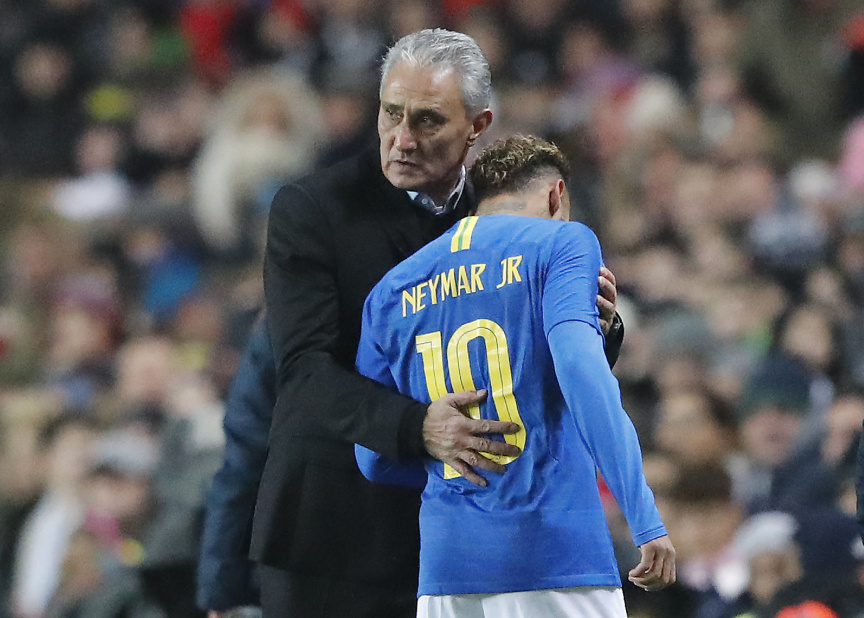 LONDON (AP) — Striker Neymar was substituted with an apparent groin injury during the first half of Brazil's friendly against Cameroon on Friday.

The Brazilian star was taken off after just eight minutes and was replaced by Everton's Richarlison, who gave his team a 1-0 win with a header just before the halftime break.

Neymar was apparently injured after missing a shot five minutes into the game. He tried to stay on but was soon forced to come off.

The injury will be a concern for his club Paris Saint-Germain, which faces a key Champions League match against Liverpool next week and also saw France star Kylian Mbappe pick up a shoulder problem in another friendly game on Tuesday.

In a quick interview with TV Globo, Brazil's team doctor Rodrigo Lasmar said it was too early to determine the extent of the injury.

"He is feeling discomfort in his groin," Lasmar said.

Brazil's goal came when Richarlison headed home after a corner kick in the 45th minute. Brazil missed a number of chances in the second half, with Cameroon nearly finding an equalizer in the last minute when striker Jacques Zoua hit the post with a header.