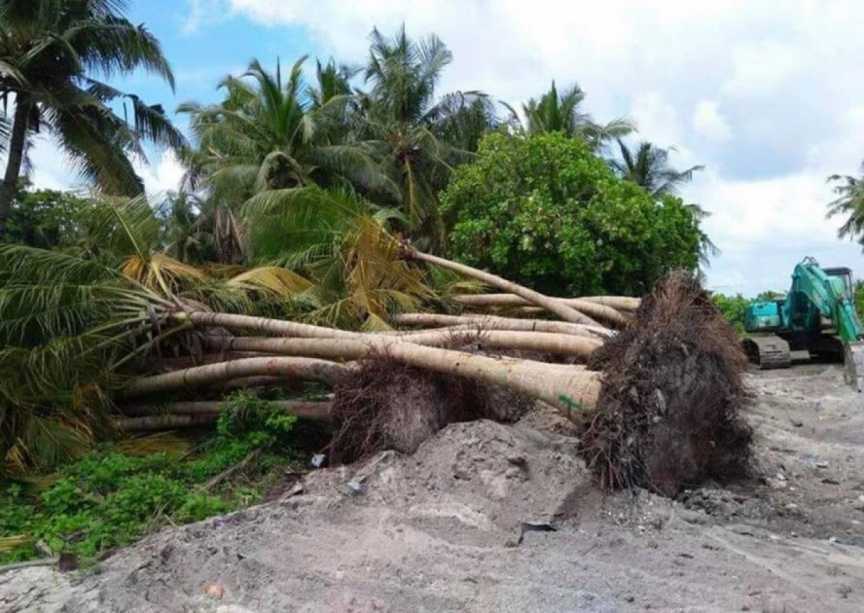 Environmental Protection Agency (EPA) has announced it is issuing penalties against parties for transportation of trees from one island to the other without permission from the agency.

EPA issued a press statement this Monday, announcing it has noticed an increase in transport of trees uprooted from inhabited islands to resorts and reclaimed land.

EPA warned that parties found guilty of unpermitted transport of trees are being penalized under Regulation for Fines and Compensation for Environmental Damage.

The statement comes amid investigation by EPA into the allegation 500 trees have been uprooted from Lh. Lhaimagu for transportation to another island.

A similar case recently came to media attention from N. Maafaru. President of Maafaru Council, Abdul Maajid Ali reported to ‘Sun’ that the Council recently put a stop to an operation to uproot trees from the island.

British Loyalty wreck in Addu made a protected area