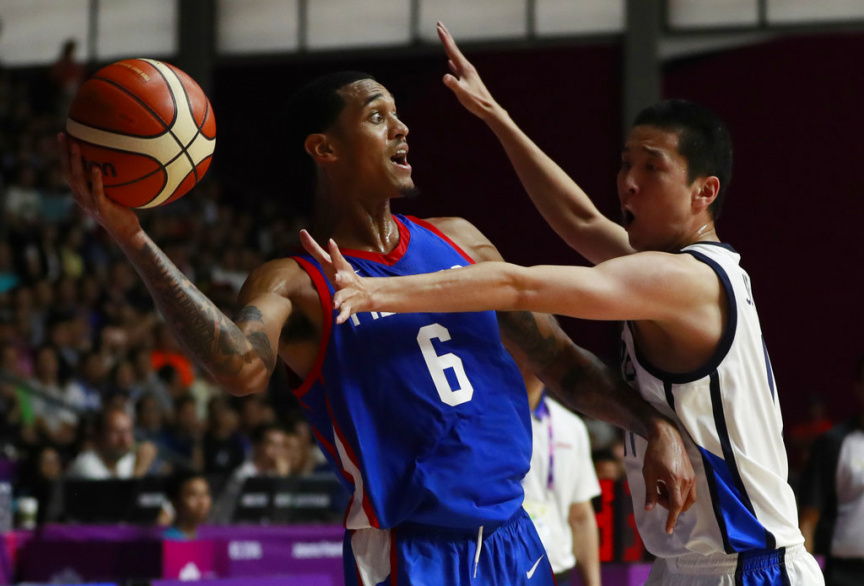 JAKARTA, Indonesia (AP) — Jordan Clarkson will report back for duty to the Cleveland Cavaliers without a medal from the Asian Games in basketball.

Clarkson got special permission from the NBA to join the Philippines for the Asian Games, which attracts more than 11,000 athletes in 40 sports. But the Philippines didn't net the result it was hoping for.

The Cavs guard led the Philippines with 25 points in the 91-82 loss Monday to the defending champion South Koreans.

U.S.-born forward Ricardo Ratliffe had 30 points and 14 rebounds for South Korea, which had wins over Indonesia, Mongolia and Thailand in the group stage and will meet either Iran or Japan in the semifinals.

Clarkson missed the Philippines' opening win over Kazakhstan and had a game-high 28 points in the 82-80 group-stage loss to China. The Chinese team contains NBA players Zhou Qi and Ding Yanyuhang and has had Yao Ming watching from the stands.

There are 38 gold medals on offer Monday across 13 sports, with China and Japan meeting in the women's beach volleyball final. There are seven finals in track and field, and the women's doubles and mixed doubles titles are on the line in badminton, plus key medals in weightlifting.

China back atop medals at Asian Games

Halo on car protects Leclerc after crash in Belgian GP