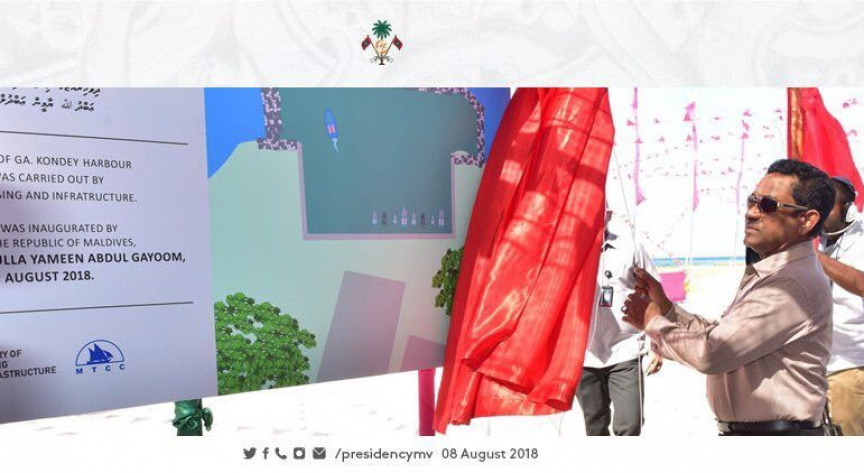 Yameen, who is currently on a tour of several islands in G. Dh. Atoll and G. A. Atoll inaugurated the harbor during his visit to Kondey this Wednesday morning.

The harbor is located in the West of Kondey, and has 540-meter pavement, a 230-meter breakwater and 57-meter revetment.

Construction of Kondey Harbor was completed on August 31, 2017.

1600 hectares of land to be reclaimed in Gulhifalhu