National team to camp in Qatar before SAFF Championship 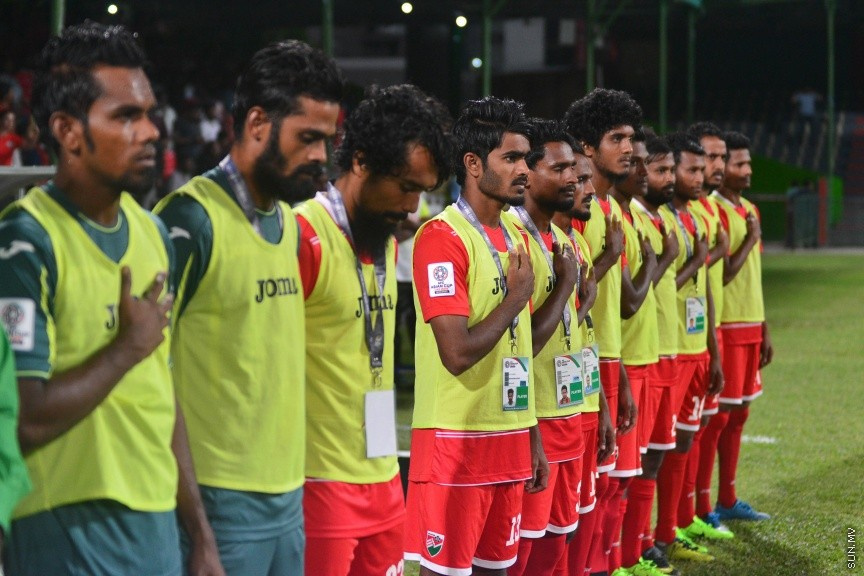 Inside the Maldives vs. Palestine match in the qualification for the AFC Asian Cup 2019. (Sun Photo/Mohamed Afrah)

Football Association of Maldives (FAM) has said that the Maldivian national team is going have a long training camp at Qatar before the South Asian Football Federation (SAFF) Championship.

Speaking at the press conference at the FAM last night to announce the preliminary squad of the Maldivian national football team for the tournament, the General Secretary of FAM, Hussain Javaz (Java) said that changes have been made to the training schedule since the national stadium was being used for the Independence Day festivities which has caused some damage to the pitch.

He said that they are working to have some friendly matches in Qatar. Regarding the decision to camp in Qatar, Head Coach of the national team, Peter Segat, said that Qatar is a good environment for the team. He said that resources, meal plans and pitch conditions were considered before the decision.

This SAFF Championship, also named the SAFF Suzuki Cup this year is set to be held in Bangladesh from 4-15 September with seven teams in two groups.

Joining Maldives in Group B this year are Sri Lanka and the most successful team in the SAFF Championship with seven victories, India.

Group A of the SAFF Suzuki Championship has Bangladesh, Nepal, Bhutan and Pakistan.