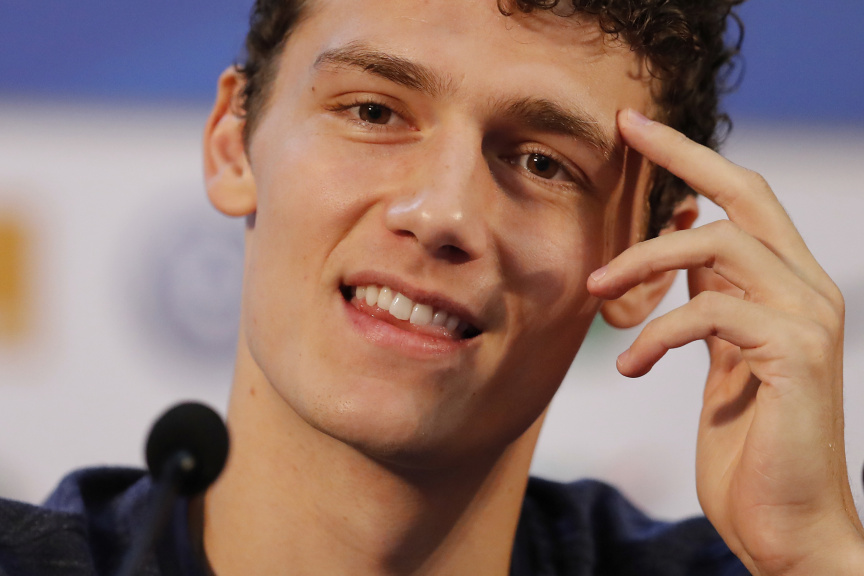 ST. PETERSBURG, Russia (AP) — When Benjamin Pavard took a downward swipe at a bouncing ball and sent a curving shot into the net, everything changed.

Unknown to many just a few months ago, the 22-year-old France defender is now one of the stars of the World Cup.

"I don't think I quite realize what's happening to me," Pavard said. "I'm profiting from every moment."

In 29 matches for France, first on the country's youth teams and then with the senior squad, the right back has not lost a game. If he can extend that streak through France's semifinal match against Belgium on Tuesday and then in the final in Moscow on Sunday, he'll be a World Cup champion.

"I hope that I'll stay undefeated through 31 games and that we'll lift this cup," said Pavard, known for his penetrating play and gritty defending on France's right flank.

Pavard's first game for France in November showed a glimpse of the partnership with 19-year-old forward Kylian Mbappe that has since flourished at the World Cup. In that 2-0 victory over Wales, Pavard collected a pass from Mbappe on the right and shot at goal, hitting the post.

He tried it again in France's first game at the World Cup against Australia, but his long-range shot went skyward.

"I killed a pigeon," he later joked on television.

Against Argentina in the round of 16, it all came together with a spectacular strike to level the score at 2-2. France went on to win 4-3.

That night, Pavard said he was so excited that he couldn't sleep. Among the fans in the crowd was his girlfriend, former Miss France Rachel Legrain-Trapani.

"Completely out of this world," she said of his goal, speaking to French broadcaster TF1. "It came out of nowhere. We all screamed with joy."

France coach Didier Deschamps' first-choice right back, Djibril Sidibe, injured his right knee in April, making way for Pavard. He came to the World Cup after making only six appearances for France, all in friendlies. In Russia, he has started all of France's World Cup matches except one.

Since his breakthrough, TV crews have been to the local stadium where Pavard played as a child in the small town of Jeumont near France's northeast border with Belgium. They've also talked to his former coach, who spoke about how gifted the youngster was.

In Russia, Pavard is now fielding questions about whether he might transfer from Stuttgart to a bigger European club.

He politely replied that he is leaving such matters to his agent.