President announces plans to build an airport in Bileffahi 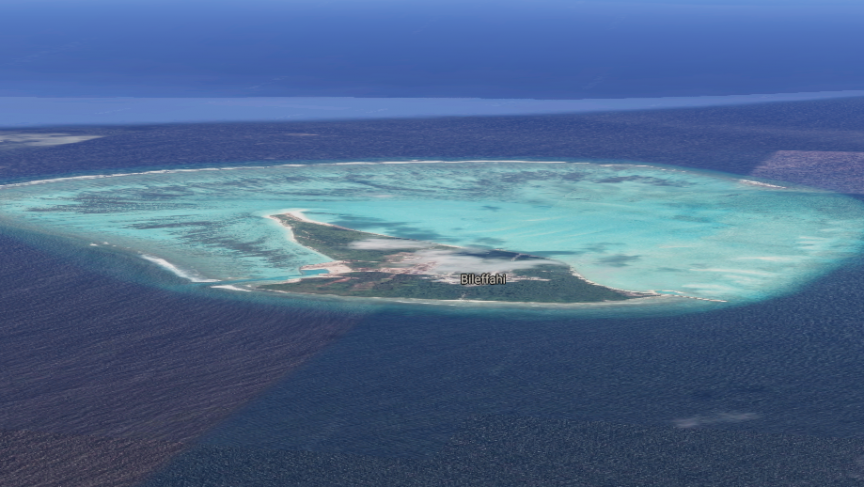 Yameen made the announcement this Monday morning, during the function held in Bileffahi to mark the completion of the coastal protection project on the island.

During his speech at the function, Yameen said the island of Bileffahi has a large lagoon “the size of two phases of Hulhumale’ combined”.

Yameen said he has huge dreams for Bileffahi, despite its small population.

He noted the space between islands within Sh. Atoll, and the difficulties in transportation, which, he said, is one reason for the lack of development of tourism in the area.

Yameen said “H. A. Atoll, H. Dh. Atoll and Sh. Atoll are in the government’s Tourism Chart” and that 75 percent of the islands recently opened for tourism are islands from the three northern-most atolls.

“The question is, why the lack of investors? We are finding ways to resolve reasons why investors aren’t coming,” said Yameen, adding that it is one reason for the airport project in Funadhoo.

“It’s our hope to build an airport in this corner, this area, and to be more direct – in Bileffahi,” said Yameen.

He said foreign investors have shown interest to build an airport and develop tourism on the island.

He said interested investors are scheduled to visit Bileffahi with the Minister of Tourism, Moosa Zameer, next week.

“Though Bileffahi has only 400 people, there’s potential for development based on our vision for the next five years,” said Yameen.

He said the establishment of airports in Sh. Funadhoo and Sh. Bileffahi will pave the path for development of tourism in the atoll.

“When this happens, resorts will be built here. The youth here, and everyone else will reap the benefits,” said Yameen.

Yameen said Sh. Atoll will become one of the country’s arteries in the north.

He said the Bileffahi Lagoon was alive with the heartbeat of multiple hopes for development.

The first airport in Sh. Atoll is under construction in Sh. Funadhoo. The atoll currently has only one resort.

During his speech, Yameen said people need to find solutions for things they want accomplished. He said waiting for things to work out naturally will take time, and people therefore need to take the future into their own hands.

Yameen said Maldives is experiencing progress and development, and refusing to let go of outdated ideas will set the country back years.

“It is the people’s wish for the government to take the reins and provide solutions the people are desperate for,” said Yameen. “There won’t be any talk of foreign pressure due to debt. There’ll be talk that Maldives is a country with a developing economy and ability to repay loans.”