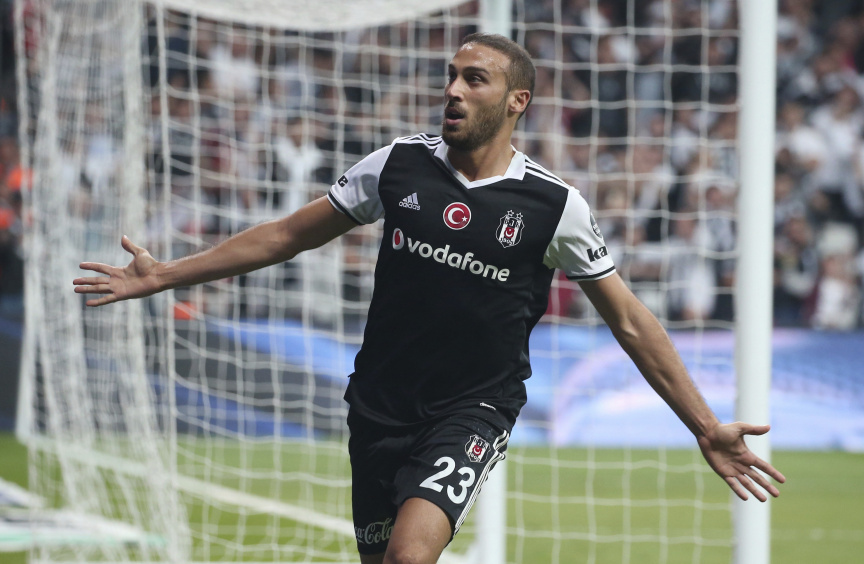 In this Saturday, Sept. 24, 2016 file photo, Cenk Tosun of Besiktas celebrates after he scored during their Turkish League soccer derby match against Galatasaray at the Vodafone Arena Stadium in Istanbul, Turkey. (AP Photo, file)

GENEVA (AP) — Tunisia conceded a last-gasp equalizer against 10-man Turkey on Friday to register a 2-2 draw in a World Cup warm-up for the second game running.

Anice Badri fired in a rising half-volley from 20 meters (yards) to equalize two minutes later before Tosun was shown a red card after leaving the pitch to argue with fans.

Tunisia captain Ferjani Sassi put his side ahead in the 79th minute when his low shot went in off goalkeeper Serkan Kirintili's right-hand post.

Turkey then leveled in the 90th minute when Caglar Soyuncu scored from close range following a quickly-taken free kick, a goal that sparked a pitch invasion by its fans.

Tunisia will open its World Cup Group G program against England on June 18 before going on to play Belgium and Panama.