Before World Cup, another injury fear for Belgium's Kompany 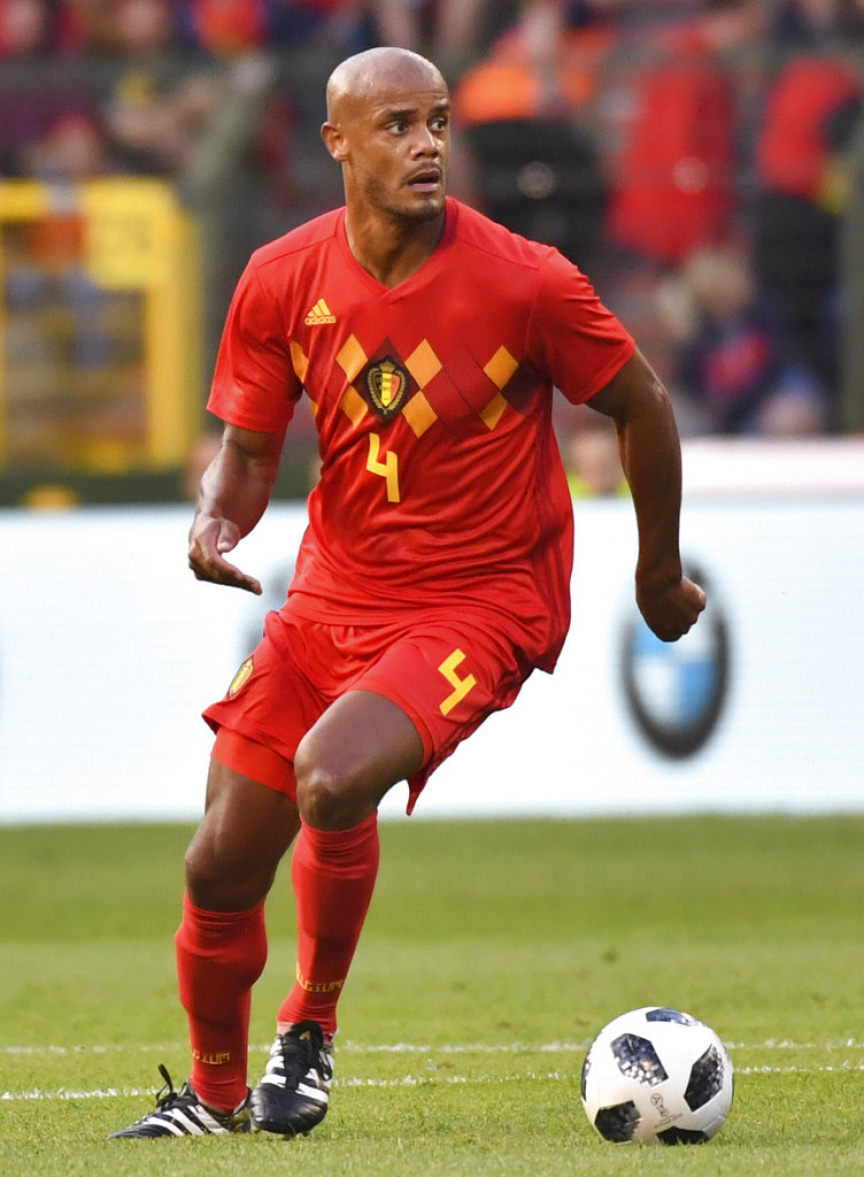 BRUSSELS (AP) — Influential Belgium center back Vincent Kompany is to undergo scans to evaluate the extent of a groin injury he picked up Saturday night in a 0-0 draw with Portugal, amid fears he could be ruled out of the World Cup in Russia.

Kompany walked off the pitch without waiting to be substituted early in the second half after he overstretched in a challenge on Gelson Martins.

Coach Roberto Martinez, who is set to name his final 23-man World Cup squad on Monday, said Kompany felt discomfort in his groin.

If Kompany is sidelined for the World Cup that begins later this month, it would be the second straight major tournament he has missed after sitting out the 2016 European Championship with a leg injury.

"You don't want to lose players like Vincent," Martinez told Belgian broadcaster VTM after Saturday's match in Brussels. "There's the experience ... there's a little bit the knowhow, there's the communication on the pitch. I think that understanding - knowing what's expected in big games and big moments is important so you don't want to lose any of those players."

The Manchester City captain's career has been blighted by injury, but he appeared fit heading toward Russia, where Belgium's talent-packed team is considered among the title favorites. Martinez's team plays Panama, Tunisia and England in Group G in Russia.

Kompany made his 77th appearance for Belgium against Portugal. He made his debut for the national team in 2004.

"We feel a little bit disappointed for him because he's been working so well in the camp," Martinez said. "Already his influence in the group is always positive, he always wants to help and he's been working extremely hard."