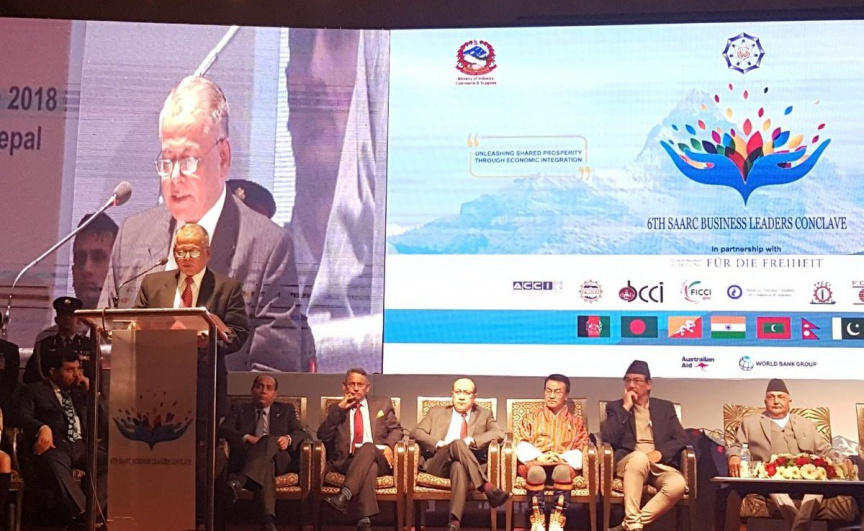 The conclave was inaugurated by Prime Minister of Nepal, Khadga Prasad Oli.

The SAARC Business Leaders Conclave, organized by the SAARC Chamber of Commerce and Industry, will continue until March 18.

“According to the estimate, the trade potential in South Asia is around USD 85 billion,” said Vaidya.

He noted that the South East Asia was a region of untapped natural resources, and that the region was home to 26 percent of the entire youth population of the world.

“About 52 percent of South Asia population is working age. The diverse topography, geography, history, culture, variety of climates, natural resources, and scenic beauty of the region makes it a home for a unique tourist destination in the globe,” said Vaidya.

CEO of SIMDI Group, Dr. Mariyam Shakeela and President of Women in Management – Maldives and COO of Sun Media Group, Minha Faiz Rashad are representing Maldives at the conclave. They are both scheduled to speak at panel discussions.