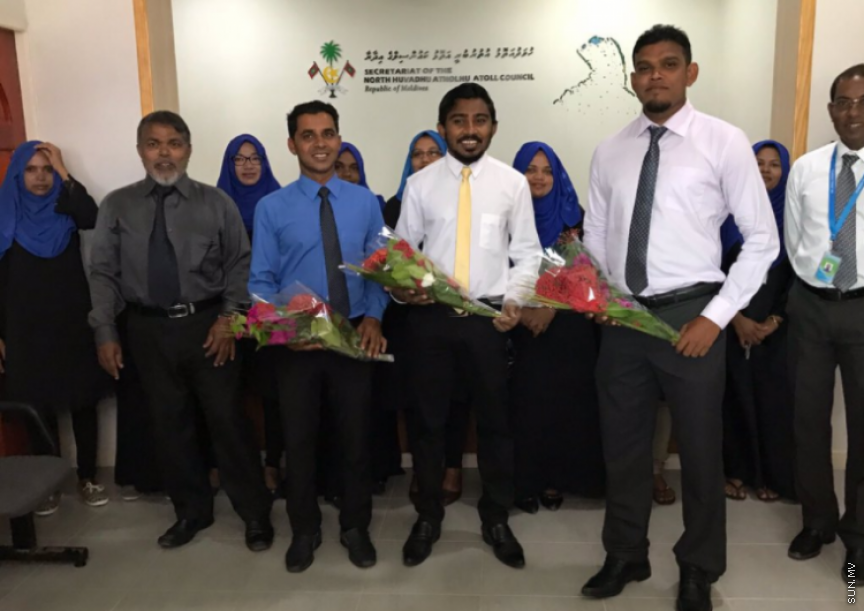 The three G. A. Atoll councilors penalized for meeting a foreign diplomat in violation of a circular released by Local Government Authority (LGA) have returned to work after their three-month suspension.

The Minister of Home Affairs and President of LGA, Azleen Ahmed stated earlier that the three councilors were suspended for meeting a foreign diplomat without permission from Ministry of Home Affairs, in violation of a circular released by LGA.

The councilors penalized for the violation are:

Fuad and Hussain Adam are opposition, Maldivian Democratic Party (MDP) members, and Nazmeen as elected as an independent member.

The councilors completed their three-month suspension and joined work this Wednesday.

Police: March 16 demo a coup attempt; will not allow it