Mundhu: President Yameen will be elected for the next five years in a landslide 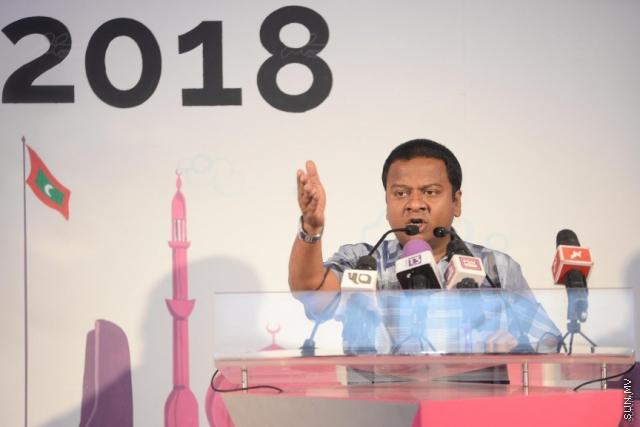 Maldivian Ambassador to Sri Lanka, Mohamed Hussain Shareef (Mundhu) has said that President Yameen will be elected for a second term in the Presidential Election in a landslide victory.

Speaking in English at the PPM event at Rumaalu 2 campaign hall tonight, Mundhu said that he is determined to elect President Yameen for a second term.

He said that his remarks are not of his own opinions but that of the youth of the country and those who wishes good for the nation.

Mundhu said that President Yameen has been the most capable president in the Maldives in the past 50 years. He said that some people have been spreading false reports about the Maldives and invited international observers to visit the country.