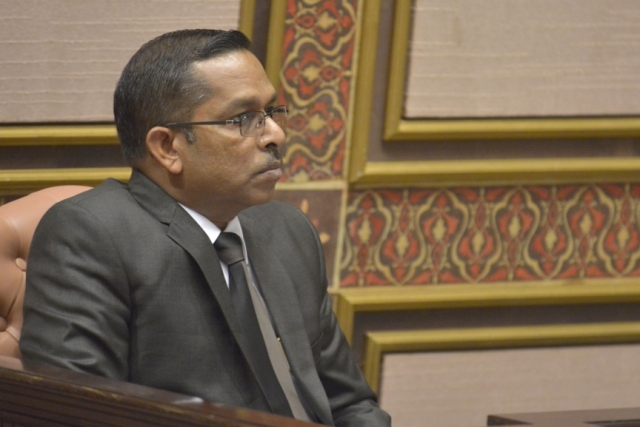 Secretary-General of People's Majlis, Ahmed Mohamed resigned from his post this Sunday.

Ahmed Mohamed has confirmed his resignation to "Sun".

Ahmed Mohamed, who served as Chief Justice at Civil Court during former President Maumoon Abdul Gayoom's administration, said he was resigning for personal reasons, and that he did not want to make any further comment regarding his resignation.

His resignation comes after the first Majlis sitting of the year, scheduled for next Monday, was abruptly cancelled. The sitting was cancelled after the 12 MPs who were reinstated after the Supreme Court order were sent notices to attend the sitting.