PPM: RaajjeTV must be shut down 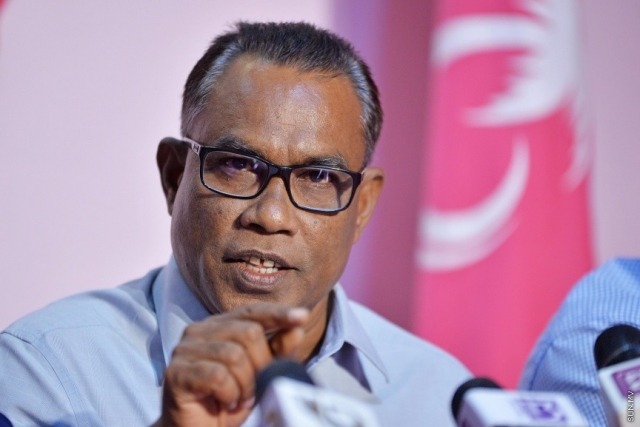 Ruling party, Progressive Party of Maldives (PPM) has called for RaajjeTV to be shut down.

Speaking at a press conference this Sunday morning, deputy leader of PPM, Abdul Raheem Abdulla (Adhurey) said the party was appealing to relevant State authorities to shut down the private television station, RaajjeTV.

Adhurey alleged the television station was creating unrest within the community.

“By my standards, such efforts to create unrest is criminal. I appeal, on behalf of PPM, to relevant State authorities to immediately shut down RaajjeTV. I want to say to the opposition, “ho ho”. You cannot do whatever you want to the country anymore,” said Adhurey.

Adhurey said RaajjeTV cannot broadcast whatever they wished, and that the country belonged to the people of Maldives.

He said that no one should be given the chance to create conflict within the community, and said he was ready to sacrifice his life for the nation.