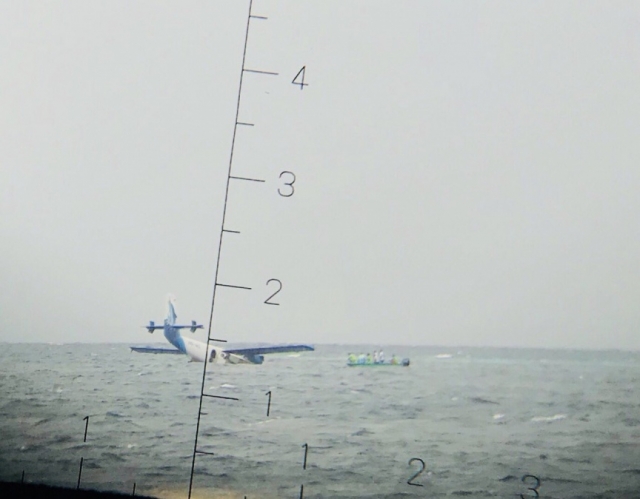 A Maldivian seaplane hit an object during takeoff from Dh. Dhoores Resort this Thursday morning, breaking one of its floats.

Managing Director at Island Aviation, Abdul Haris reported to “Sun” the seaplane had been carrying 12 tourists and three crew members when the incident took place. Haris said one of the seaplane’s floats broke in the incident, likely from hitting an object in the water.

No one was harmed in the incident.

Haris said the tourists on board the seaplane have been taken back to the resort. And that authorities were working on saving the seaplane.

MNDF’s media officer reported the incident was reported to the authority at `9:40 am.

He said no tourist or crew member was harmed in the incident, and that authorities were working on towing the seaplane to Dhoores Resort using a boat from the resort to prevent it from sinking.