MCS: Adeeb not in our custody; no threat to cease his treatment 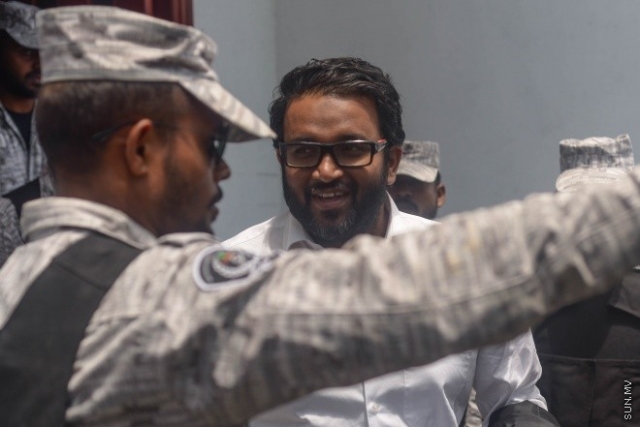 Maldives Correctional Service (MCS) has denied the family’s allegation the authority threatened to stop the medical treatment being provided to the former Maldivian Vice President Ahmed Adeeb Abdul Gafoor – who is currently serving a combined prison sentence of 33 years.

Speaking to “Sun” in response to the press statement issued by Adeeb’s family this Sunday, the information officer at MCS, Ahmed Lugman said Adeeb wasn’t currently in custody of the authority, and that there was therefore no constraint the authority could have placed on Adeeb’s medical treatment.

“We didn’t place any constraint on Adeeb’s medical treatment. Adeeb is not in our custody,” said Lugman.

Adeeb’s family in their statement said the MCS threatened they may have to stop his treatment after the family objected to an injection being administered to Adeeb.

The family said they had objected to the injection after MCS refused to clarify the purpose of the injection. They said the authority had also refused their request to have a family member present when the injection is administered.

The family said they couldn’t permit the injection to be administered unless they were provided and unless a family member was present given previous rumors of plans to assassinate him in prison. They said MCS had said the injection needed to be administered so a CT scan could be done, but that the authority had failed to specify why the CT scan was needed.