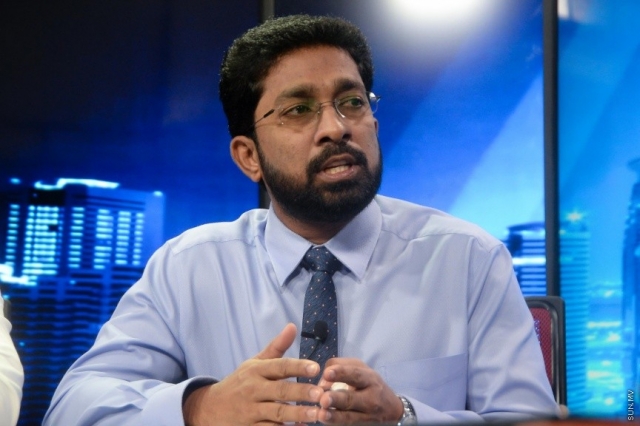 The police report a dangerous new party drug is being distributed in Maldives, and it is a matter of grave concern, says Minister of Home Affairs, Azleen Ahmed.

Speaking in an exclusive interview to “Sun”, Azleen said the police was investigating the mysterious deaths of the two youths in Hulhumale’ last Thursday, and that he was privy to knowledge a dangerous drug had been discovered at the scene.

“The police have found a type of party drug which is new, or not commonly used. The type is lethal in high dozes,” said Azleen.

Azleen said that drug abuse often led to other crimes, and that it had become an issue of grave concern.

“I strongly condemn the actions of such individuals. New or common, drug abuse is not permissible, either legally or in the religion of Islam. So, such criminals should be warned, the law will catch up to you,” said Azleen.

The two youths who died in Hulhumale’; Ahmed Haameem, 21, from Fehunu in Th. Thimarafushi, and Fathimath Sama, 18, from Dhafthar were both taken to the hospital at approximately 8:30 pm on Thursday.

Police Spokesperson, Superintendent of Police Ahmed Shifan reported the police was operating under the presumption that both deaths were related. He said a property in Hulhumale’ was raided in connection with the case, during which “party drugs” were discovered.