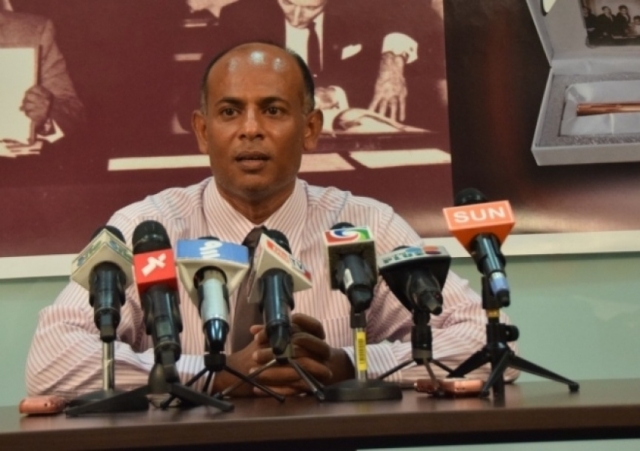 Ali Khalid from M. Finifaru in Male’ City has been terminated from his post as Chief Communications Officer at President’s Office.

The reason for his termination is unclear at this point.

Spokesperson at President’s Office, Ibrahim Muaz Ali was unresponsive to calls by “Sun”.

Ali Khalid has confirmed his termination to “Sun”.

Ali Khalid, who has a Master’s Degree in Management was a former journalist and served as CEO of Television Maldives.