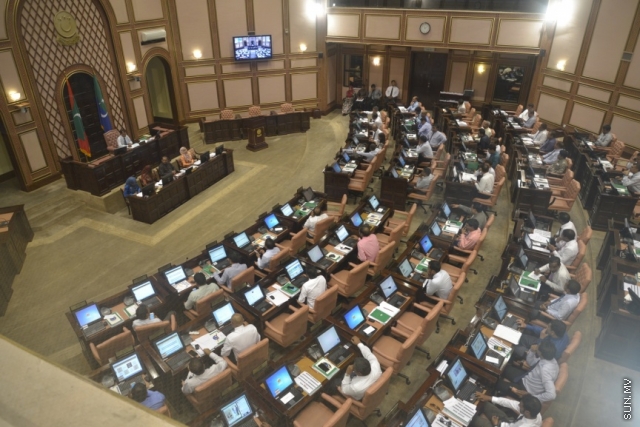 MDP has presented an emergency case at the parliament following the murder of the social media activist and blogger, Yameen Rasheed.

The case was filed by the MP for the Hithadhoo constituency, Ali Niyaz.

The emergency case by MP Niyaz said that there is room for negligence on the side of the Maldives Police Service for not taking any action following multiple reports of death threats against Yameen Rasheed prior to his death.

It further said that while it has been close to five years since the murder of Dr. Afrasheem Ali, who was an MP in office at the time of his murder, a full investigation of the case has not been done. And the police have not been able to solve the kidnapping of the Minivan News journalist, Rilwan Abdulla three years after the incident.

The resolution by MP Niyaz invoked Article 145 of the parliament regulation for an emergency case and call to investigate the murder of Yameen by an independent party.

While MDP has called for an independent investigator to look into the murder, the victim’s family also made the same request in a statement issued last night.

Although no arrests have been made so far, at a press conference today, the Head of Crime Investigation Department and Assistant Commissioner of Police, Abdulla Nawaz said that the crime was caught on video and the individuals involved have been identified.

The 29-year-old was discovered on the stairwell of his residence of Maafannu Spatula in Male’ City with multiple stab wounds around 3 a.m. Sunday night and was taken to the hospital where he died.