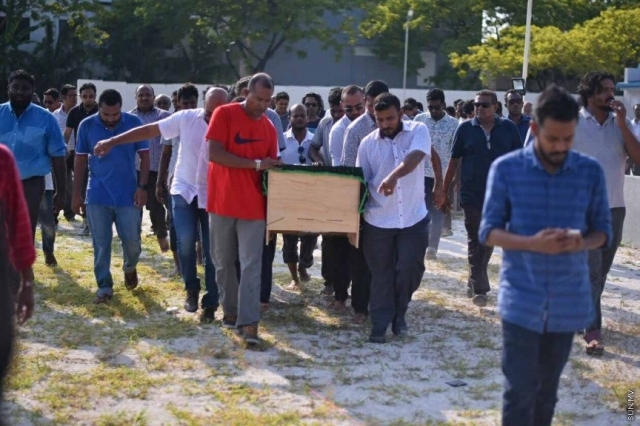 The family of Yamin Rasheed has requested involvement of international experts in the investigation into Yamin’s brutal murder.

Yamin, 29, was a well-known local human rights activist and blogger who ran the blog page “The Daily Panic”.

He died in hospital in the early hours of April 23, minutes after he was discovered on the stairwell of his residence – M. Spatula in Male’ City – with multiple stab wounds and taken to the hospital.

In the statement, the couple welcomed President Abdulla Yameen Abdul Gayoom’s assurances of full utilization of all State resources to find justice for their son, but said they believed a reliable investigation into the murder can only be held with the involvement of international criminal investigation experts.

“We therefore appeal to Maldives Police Service and President of the Republic to involve such parties in the investigation,” wrote Mariyam and Hussein Rasheed in their statement.

The couple noted with concern that no arrests had been made as it neared 48 hours since their son’s murder, and expressed hope authorities will carry out the investigation with necessary speed and care.

The couple also expressed distress that reports of threats received by Yamin when he had been alive hadn’t been properly investigated by the police.

“Our son had received such threats clearly and openly. Some of the threats are in their own name [from personal accounts]. We are concerned that individuals who encourage, call out for and directly participate in heinous acts are not brought to face justice in Maldives,” read the statement.

The couple noted that Yamin had been kind, courageous, and a strong advocate for human rights; and that they would not rest until they got justice for Yamin no matter how long it took.

Multiple arrests from Machangolhi in a special operation