AG: There are those who know what happened to Rilwan, tell us 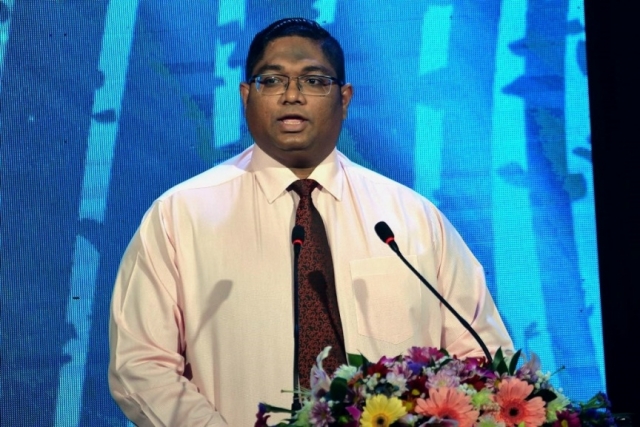 Attorney General of Maldives, Mohamed Anil declared that there are people who know what happened to journalist Ahmed Rilwan Abdulla – missing for over two years, and asked that those with the information share it with the authorities.

Speaking during the function held this Saturday night to release National Human Rights Framework and published volumes of Maldivian legislation; AG Anil said that he did not believe “someone can simply disappear into thin air” in a small knit community such as Maldives.

Anil said that despite Rilwan’s disappearance being one of the biggest investigations to be run by the police in its history; it had failed to produce the answer to the mystery.

“I appeal to anyone in Maldives who has information related to this to share it with the authorities. I am certain there are people in this country who have that information,” said Anil.

It has been 855 days since Rilwan was abducted.

AG Anil said that he believed what happened to Rilwan needed to be found out, based on the same principle justice needed to be done for Judge Abdulla Mohamed (Abdulla Ghazee)’s unlawful arrest.

He said that no one can condone something like that happening to a fellow Maldivian.

Rilwan was last sighted on the ferry from Male’ to Hulhumale’ on August 8, 2014. CCTV footage released by police show Rilwan being followed on the night of his abduction.

Two suspects were arrested in relation to the case, but later released due to insufficient evidence against them.