Maumoon: Appellant has no special claim in the case 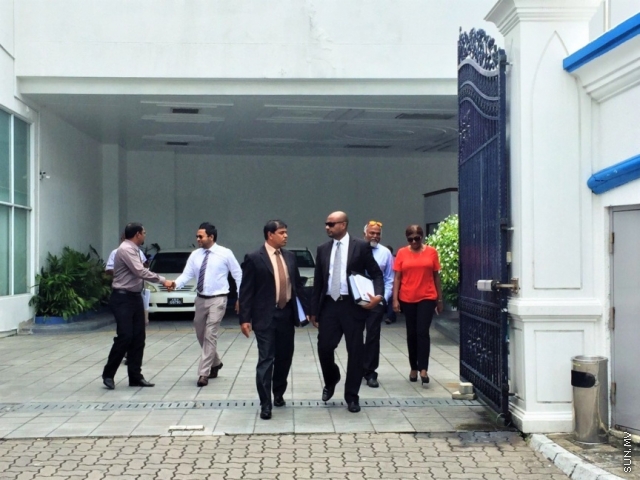 Lawyer of Leader of Progressive Party of Maldives (PPM), former Maldivian President Maumoon Abdul Gayoom noted in High Court that the individual who appealed the Civil Court ruling ordering President Abdulla Yameen Abdul Gayoom’s overtake of the ruling party had no special claim in the case.

Civil Court ruling issued on October 16 said that Maumoon was incapable of running PPM, and ordered that advisor of the party – President Yameen overtake the running.

Ahmed Muizzu, lawyer of Maumoon – who involved himself in the case, raised multiple points during the first appeal hearing, which was held this Thursday morning.

He noted that the appellant – Wafir did not have any special claim in the case, and questioned his intention for appealing the ruling.

Ahmed Muizzu also expressed concern over the swiftness of the start of appeal process, and noted that it was not the normal practice.

• The appellant has no special claim in the dispute

• Judicial ethics compromised when advisor ordered to take over party, when no such request made in lawsuit

The appellant, Wafir noted two points, that though Civil Court made reference to Maldivian Constitution and Political Parties Act in making the ruling, it did not mention particular clauses.

In response, Abdulla Muizzu, the lawyer on behalf of the appellees who filed the original lawsuit in Civil Court – Naifaru MP Ahmed Shiyam and Hulhudhoo MP Mohamed Shahid – said that Civil Court had made no reference to Maldivian Constitution or Political Parties Act in its ruling, and had referred only to PPM Constitution and other rules and regulations of the party.

The appeal hearing is to continue at 3 pm after recess.

Chief Judge Abdulla Didi said that PPM can involve itself in the case if they so wished when the appeal continues after recess.

It isn’t known which faction of PPM will be making its case.

SOF attends court under threat of trial in absentia