1 missing after boat fire, crew say he burned to death 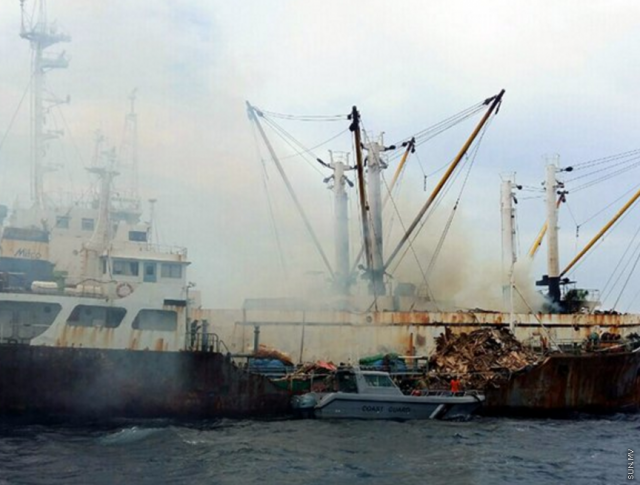 Crew onboard the cargo boat “Baroasa” which burned near K. Thilafushi on Wednesday have claimed that one of their fellow crew members had burned to death in the incident.

The fire, which irrupted on Wednesday morning still hasn’t receded, and so no firefighter has gone into the boat, impeding the search for the missing man.

Information officer of Maldives National Defense Force, Major Adnan Mohamed informed “Sun” this Thursday that they were following up on reports of a missing crew member.

“We can’t say for sure what happened yet,” said Adnan.

An Indian crew member of the boat who spoke to “Sun” said that 19 people worked on the boat.

And that the man missing was of Bangladeshi nationality.

“We are hearing he wasn’t found. That not even his body was found. It looks like he may have burned to death,” said the crew member.

Maumoon: Appellant has no special claim in the case