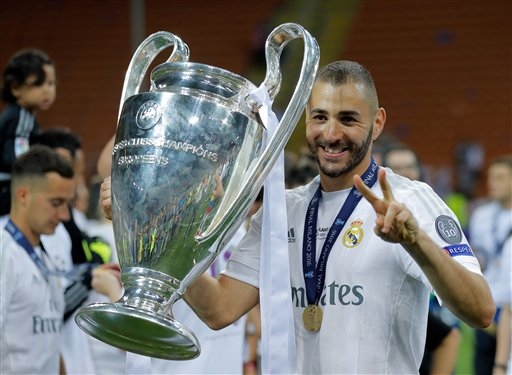 PARIS (AP) — Karim Benzema has accused Didier Deschamps of giving in to pressure from racists when the France coach decided not to include him in the squad for the European Championship.

In an interview with Spanish sports newspaper Marca, Benzema said he does not believe that Deschamps is a racist, but that he "bowed to the pressure of a racist part of France."

Deschamps has been a long-time supporter of Benzema, who has been suspended from the national team because of his involvement in an extortion scam over a sex tape involving France teammate Mathieu Valbuena.