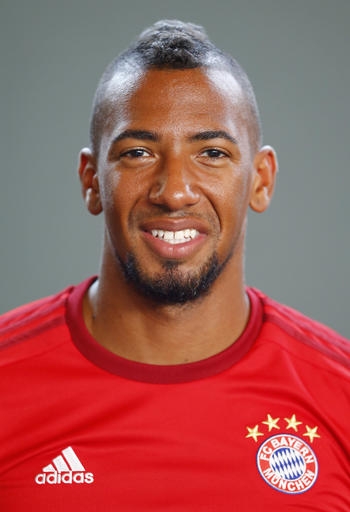 BERLIN (AP) — A top member of a rising German nationalist party drew sharp criticism Sunday for reportedly saying that many people wouldn't want Jerome Boateng, a key player on Germany's national soccer team whose father was born in Ghana, as their neighbor.

Alexander Gauland, deputy leader of Alternative for Germany, was quoted as telling the Frankfurter Allgemeine Sonntagszeitung newspaper: "People find him good as a footballer. But they don't want to have a Boateng as their neighbor." The newspaper's front-page headline was "Gauland insults Boateng."

Germany's national team has long reflected varied ethnic backgrounds. Berlin-born Bayern Munich defender Boateng, who played his 58th game for Germany against Slovakia later Sunday, was a mainstay of the 2014 World Cup-winning team. Boateng is on Germany's squad for the 2016 European Championship, which kicks off June 10 in France.

Justice Minister Heiko Maas called the comment "unacceptable." He wrote on Twitter: "Anyone who talks like this unmasks himself, and not just as a bad neighbor."

Anti-immigration talk has helped Alternative for Germany, or AfD, to surge in polls over recent months as hundreds of thousands of migrants arrived in Germany. Other parties have struggled to find ways to counter its appeal to protest voters.

In a statement, Gauland said he "never insulted Mr. Boateng." He said that, in a confidential background conversation, he "described some people's attitudes" but did not himself comment on Boateng.

"Of course we can be proud of our national team," he added. The newspaper rejected Gauland's account of the conversation.

AfD leader Frauke Petry told the Bild daily that Gauland couldn't remember whether he had made the comment.

"Independently of that, I apologize to Mr. Boateng for the impression that has arisen," she said.

Julia Kloeckner, a deputy leader of Chancellor Angela Merkel's conservative party, brushed aside Gauland's explanation and said it fits a pattern of AfD behavior. "Provoke first, then qualify. The AfD model," she said on Twitter.

Vice Chancellor Sigmar Gabriel told Bild that Gauland's reported comment "shows that Gauland is not just against foreigners but against the good things about Germany: modernity, openness and liberality." He called AfD "anti-German."

Fans at Sunday's match in Augsburg unfurled a banner reading "Jerome be our neighbor!"

Fellow Germany defender Benedikt Hoewedes posted pictures of himself with Boateng on Twitter and wrote: "If you want to win titles for Germany, you need neighbors like him."