Fire breaks out onboard Ihavandhoo boat 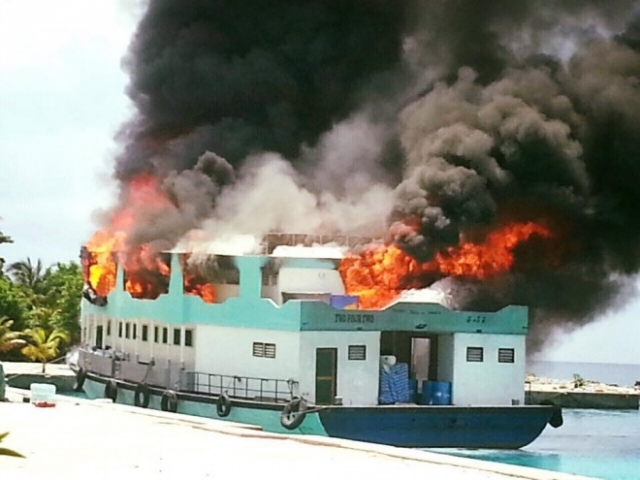 A boat from H. A. Ihavandhoo which travels between the island and Male’ caught fire on Sunday.

Police said that the boat “242” caught fire while harbored in lagoon of H. A. Maarandhoo. And that they were now working on putting out the fire.

President of Maarandhoo Council, Ahmed Shafiu informed “Sun” that the fire was still not under control.

He said that no one had suffered any injury in the incident, but that there was cargo onboard the boat.

“Highest priority was to save the people. All onboard the boat are now safe. Gas cylinders on the boat have been unloaded. But all the cargo is still onboard,” said Shafiu.

There were no passengers, just the boat’s crew onboard when it caught fire.

Shafiu said that the boat had harbored near Maarandhoo to offload cargo belonging to people of that island from the boat’s last trip to Male’.

What caused the fire is still unclear.