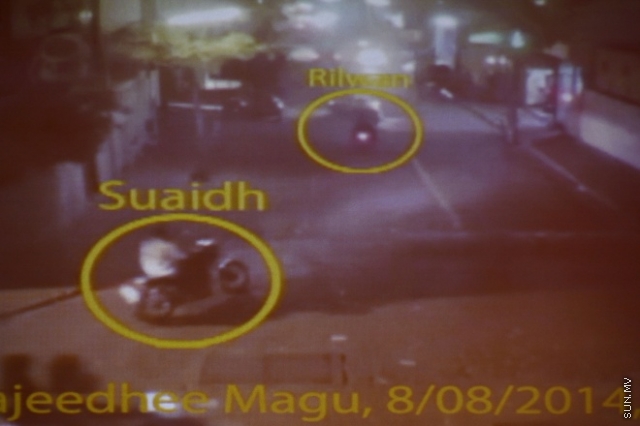 Two people have been arrested with a court order in the case of the missing journalist from Minivan News, Ahmed Rilwan Abdulla.

After 606 days since the journalist went missing, two people were arrested tonight in relation to the red car that he was allegedly forced in to. DNA evidence found in the car matches the journalist’s mother.

Information Officer of the police, Ismail Ali said that that one of the two people arrested tonight in the case was arrested in Hulhumalé. And the other was arrested in Malé City.

Police said that five people were arrested in 2014 in relation to the case but the court released them. One of them is no longer in the country according to the Police.

Speaking at a press conference at Iskandharu Building on Saturday, Superintendent Abdulla Shatheeh said that Rilwan was stalked on the day he disappeared and it was done by people that belong to “Kudahenveiru.” He said that the group that followed Rilwan was Mohamed Suaidh, S. Hulhudhoo and is no longer in the country. Suwaid was released by the court after he was arrested in relation to the case of the missing journalist.