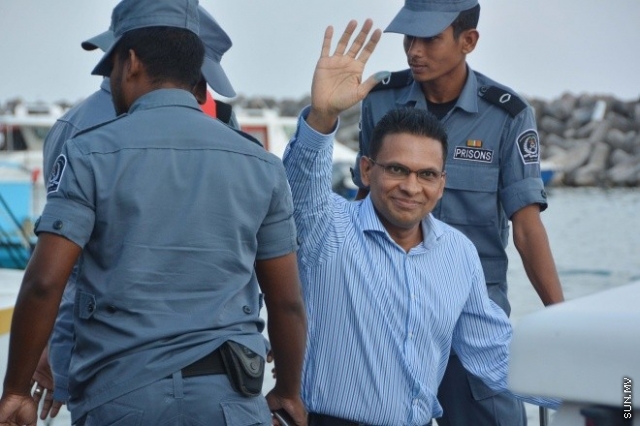 Nazim was served the 11-year jail sentence in 2015 after he was found guilty up trafficking a dangerous weapon into Maldives and keeping it.

Officers who raided Nazim’s apartment on January 18, 2015 testified to confiscating a pistol from his bedroom.

He was fired from his post as Defense Minister two days later – on January 20; and arrested don February 10.

He was served the jail sentence by Criminal Court on March 26, 2015, and has been imprisoned for 11 months and 18 days to date.