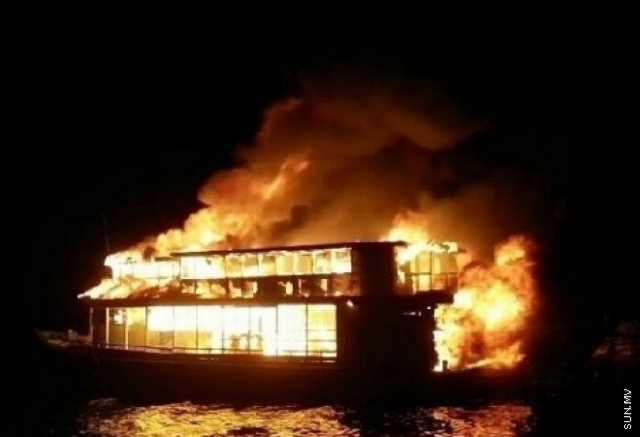 A boat in Thulhaadhoo harbor has been destroyed in a fire.

The fire started on the boat “Niyaama” which is a travels between Malé City and Thulhaadhoo and belongs to a man from the island. Police said that there were five foreigners on board the vessel when the incident took place about 2:30 a.m. and that they are all safe.

A Police Media Official said that a large portion of the vessel was destroyed when the fire was extinguished around 4:30 a.m. He said that the vessel had no cargo on board when the incident took place.

“When the fire started, there were five foreigners on the boat. They say when they looked upon hearing a loud sound, there was a fire.” Official said.

The fire onboard “Niyaama” was extinguished with the efforts of the Police and the people of the island.

MTCC: Thinking about expanding transportation across the country