MNDF: Security will be arranged for Riyaz 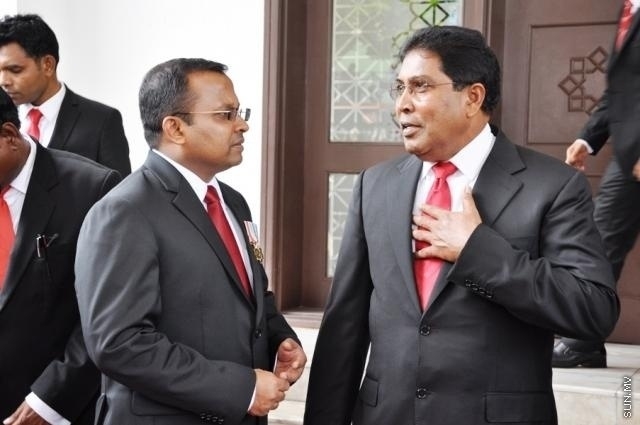 Maldives National Defence Force (MNDF) has said that security would be arranged as requested for former Commissioner of Police, Kinbidhoo MP Abdulla Riyaz.

In a letter addressed to Minister of Defence Major General Retired Moosa Ali Jaleel last week, Riyaz requested for 24-hour security at his residence following suspicions that there were plans to frame him by planting drugs in his apartment or office.

Information Officer of MNDF Major Adnan Mohamed told Sun Online today, “It will be arranged as per procedures.”

Riyaz told Sun Online that he had not received any reply to his letter to the Defence Minister.

Riyaz also sent photos along with the letter, of people whom he believes are spying on him.

Riyaz has also requested authorities to announce details, if anyone has been charged in relation to the incidents wherein his motorcycle was set alight and he was attacked with crude oil, two separate past incidents.