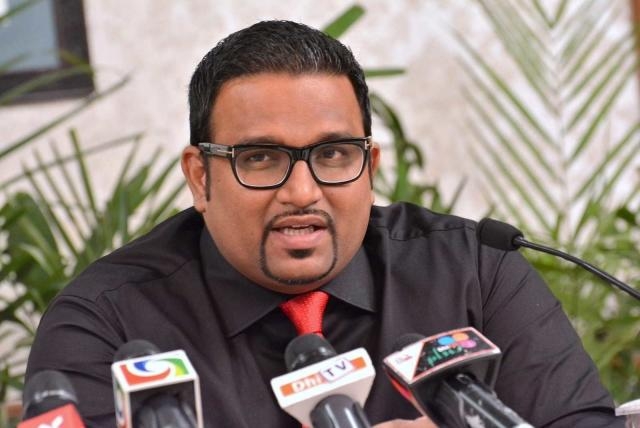 Minister Adeeb’s corruption issues have been exposed in a special report published by the Auditor General’s Office regarding the transaction of MVR 77.1 million for MPL though MMPRC, and the transactions involving $1 million of Maldives Tourism Development Corporation (MTDC).

In the special Audit Report published by Auditor General’s Office today, it was stated that Minister Adeeb has tried to provide benefit to a particular group from the transactions in buying $5 million for MPL, and that Maldivian Rufiyaa worth $2 million have not been returned out of MVR 77.1 million given by MPL to MMPRC to buy $5 million.

It was also stated in the Audit Report that a loan of $1 million was given through MMPRC to a company in which Minister Adeeb’s family has stake.

In the Audit Report it was noted that the decision of selling $5 million to MPL and taking the loan of $1 million from MTDC was made by MMPRC without obtaining approval from the Board of Directors of that company and that these transactions were undertaken by Abdulla Ziyath, Managing Director of MMPRC.

It was also noted that documentary records to support Minister Adeeb having emphasized to carry out these transactions were evident, and that the $1 million loan was given to a company which has links with Minister Adeeb’s family. According to the report, 35 percent share of this company belongs to Adeeb’s father.

According to the Audit Report, corruption issues were involved in assigning Dhaalu Maagau to be developed as a tourist resort. In that regard, it was stated in the report that an Italian citizen gave $2.25 million to a company which had links with Minister Adeeb’s family, as head lease rent of Dhaalu Maagau, an island handed over to Tourism Ministry by the President’s Office.