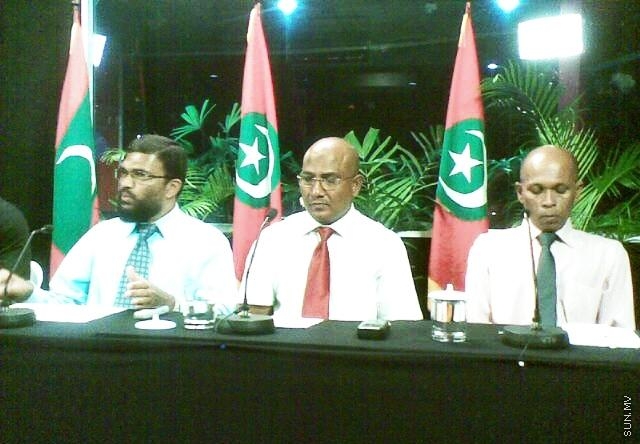 Speaking to Sun Online today, Fuad Gasim said that JP’s recent close relations with the opposition Maldivian Democratic Party (MDP) was the reason for his resignation. Fuad currently holds a JP slot as the Minister of State for Health and Gender.

JP leader Gasim Ibrahim’s public opposition to MDP’s “secular ideologies” was one of the reasons he supported his party, Fuad said. However, the recent close relations between Gasim and MDP’s interim president, former president Nasheed is unacceptable, especially when JP is a partner of the ruling coalition, he said.

Fuad also condemned JP’s undemocratic practices, expressing frustration over how some of the party’s tickets were awarded to candidates who “pleased the leader” during the recent parliamentary election.

He also criticized the JP leadership for removing the party’s registrar Maumoon Abdul Samad from the party, on accusations that he had conducted negative campaigns against the JP's Dhangethi candidate during the parliamentary election.