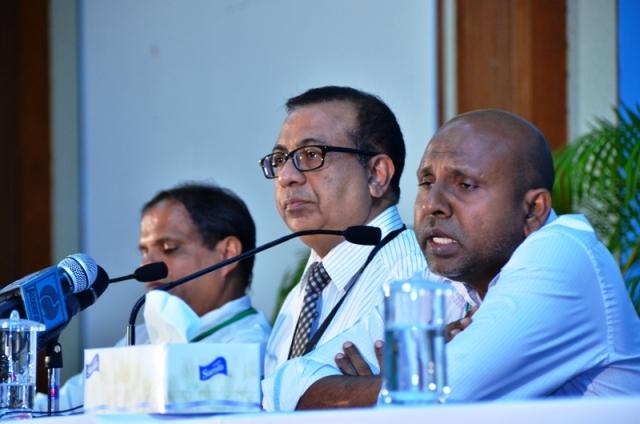 Maldives Media Council has called on the Elections Commission to refrain from discriminating between media organizations in sharing information regarding the presidential elections.

In a letter to EC today, MMC said that were continuing to receive numerous complaints of discrimination between media organizations by the EC, particularly in sharing information regarding the elections.

Highlighting a recent incident where the public faced a period of uncertainty whether the second round of the president election would be held on Saturday, MMC noted that the public was unaware of the Commission’s decision until the very last minute to cancel the election, as per the Supreme Court injunction.

“In this situation, members of the Commission had revealed different statements regarding the decision, which caused discord among the public, making way for possible unrest within the country,” read MMC’s letter to EC.

The Council also noted that the EC president had invited selected media sources to the EC office on Thursday and offered messages, which he alone chose to convey without the consultation of the five-member Commission.

The letter continued to state that the discrimination amongst media sources had caused confusion within the general public, who were prepared to cast a vote that would make an important decision in the course of the nation’s future.

The Council also noted the lack of a media focal point within the EC, which causes difficulties for media sources to reach for information when the EC president is busy or unavailable.

The letter called on the EC to maintain equality and refrain from discriminating between media organizations, regardless of the organization's policies.