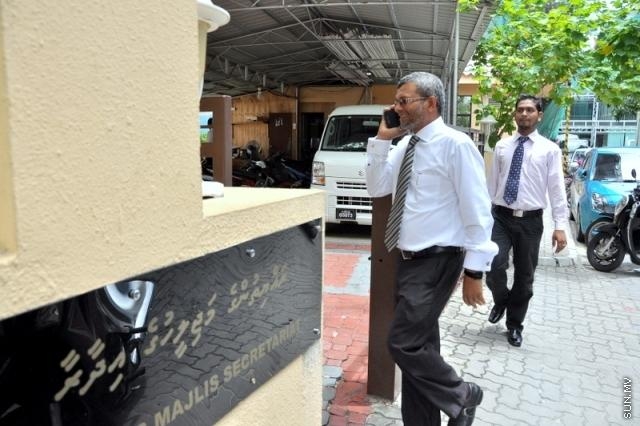 Maldives Media Council (MMC) has decided to commence procedures to submit a case to the Parliament on Independent Institutions, asking for a no confidence motion against the members of the Maldives Broadcasting Commission (BroadCom).

The motion to file the case with the parliament was committee was presented by the former president of the council Ibrahim Khaleel and passed with votes in favour by 7 members of the 11 members who attended today’s extra-ordinary meeting.

Maldives Media Council’s decision follows a stark warning by the Broadcasting Commission on Friday night, threatening to revoke broadcasting licenses from any source that broadcasts content that might be a threat to national security.

The Media Council also discussed a recent order by the Commission prohibiting media sources to show photographs of Supreme Court judges and Elections Commission members in way that targets or labels them.

Yameen calls for a transparent election