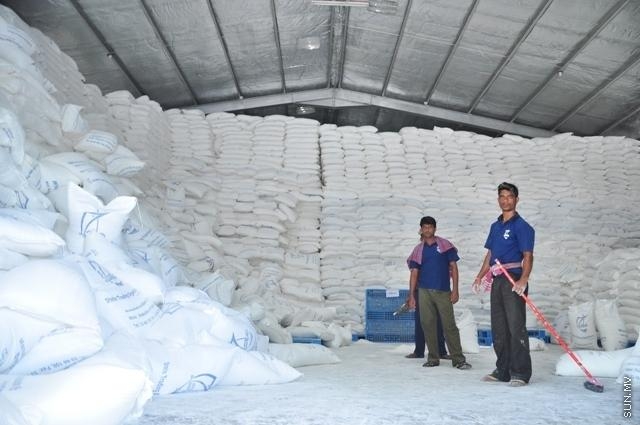 Maldives Food and Drug Authority (FDA) has said that some of the recent shipments of wheat flour imported to the country is known to contain gravel, worms, and lice and has advised retail outlets to refrain from selling any wheat flour stock that are identified to contain such contaminants.

A food alert issued by the authority today stated they have been receiving a number of complaints that recently sold wheat flour contained stones and sand and that they are currently carrying out tests and samplings of wheat flour storage facilities in Male’.

The authority said that their tests have proved that wheat flour shipment number 4500003103, produced in March 2013 and set to expire on September 2013 did not contain any of the suspected contaminants. They said that laboratory tests however did show that the said shipment did contain bits of wheat coating.

“We suspect that this occurred during the processing of the flour. Flour is naturally very fine, but this roughness does not pose any health hazard,” the alert note issued by authority read.

They however said that it is certain that a shipment of wheat flour does contain worms and lice and so, to refrain from using the product if such contaminants are found.