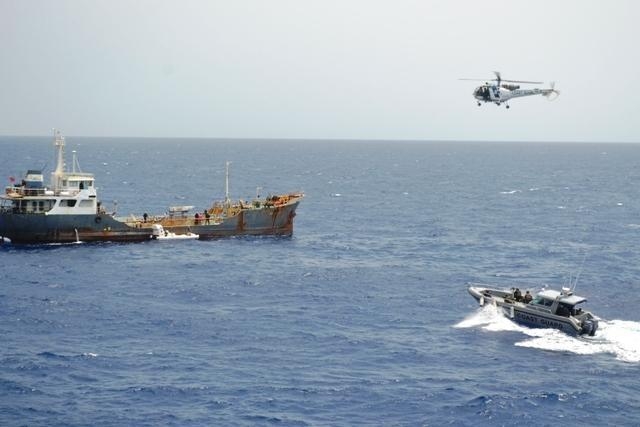 The Maldives National Defence Force (MNDF) has begun search efforts for a man who went missing after he left from Gaafu Dhaalu Fares-Maathoda on a dinghy.

Abdullah Ali said that the Fares-Maathoda Council had informed that Mohamed Falah was wearing a dark blue t-shirt and blue shorts when he left the island.

He also informed that the 14-foot, green dinghy was last seen at around 15:15 yesterday traveling towards Gaafu Dhaalu Vaadhoo.

He said that search efforts were commenced in the region last night by a Coast Guard Squadron team on a Harbour Craft launch. The team will search the area between Fares-Maathoda and Gadhdhoo as well as the uninhabited islands in the region.

Also, MNDF Kurangi helicopter is being utilised to search the area between Gnaviyani Fuvahmulah and Vaadhoo since 09:45 this morning, said Abdullah Ali.

MNDF has urged vessels traveling between Fuvahmulah and Vaadhoo to look out for any information regarding Mohamed Falah and his dinghy, and any group that has information to contact MNDF on toll-free line 191 or 3395981 or 3398898.

Similarly, Azum fishing boat which left Meemu Mulah on 4 May carrying two people has also not been found.

An Indian navy aircraft has also arrived in the Maldives to assist in the search for the three missing people.

Education Ministry and NIE to provide assistance to Kudakudhinge Hiya