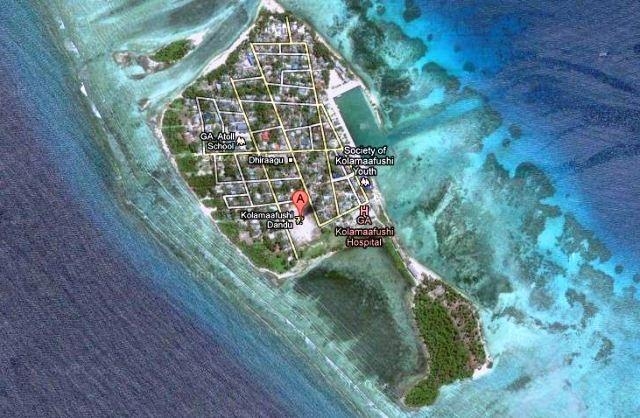 MNDF Media Officer Abdulla Ali said that the Coast Guard are looking for Mohamed Sammoon, age 21, of Kunaaviyaage Gaafu Alif Kolamaafushi, and that he was reported missing around 16:30 this afternoon. He said that efforts to find the man are now underway.

“The Coast Guard are now working at the scene after one from the three who went into the sea was reported missing,” Abdulla said.

Gaafu Alif Kolamaafushi Council President Ahmed Jameel said that Council received information of the incident at 15:20, and that they had promptly shared the information with the Police and MNDF. He said that the man was accompanied by two other men when he went into the sea and that the he is reported to have a surfing board with him.

“The three of them together went to the sea. The kid who has gone missing, he was swept away by the current after he went a bit far out into the sea,” Jameel said.