Police arrests and releases Hisaan Hussain and her husband 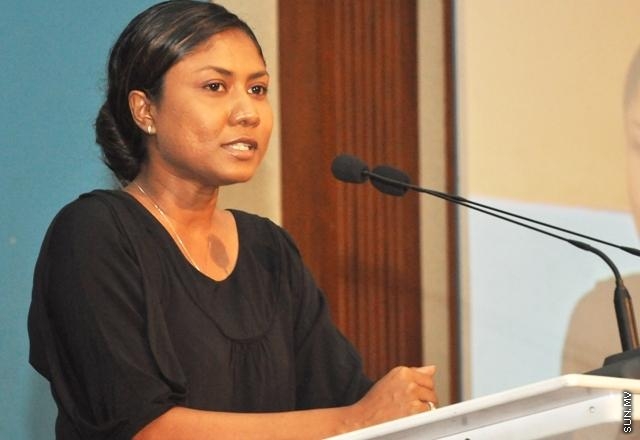 President Mohamed Nasheed’s legal team lawyer Hisaan Hussain and her husband were arrested in Addu City last night. They were released soon after their arrest.

Confirming the news to Sun, Hisaan said that her husband was arrested while he was at a barbeque area in Addu City last night. She said the he was arrested after being accused of disobeying police orders.

Hisaan said that she was pushed to the ground during their attempt to arrest her husband. Hisaan herself was arrested later that night in the Hithadhoo Police Station when she went to submit her request to act as her husband’s lawyer.

Police have revealed that they had conducted an inspection of the people present in Hithadhoo Kalhibis beach barbeque area around 10:20 pm last night, following reports that people where getting intoxicated in the area. They said that they had arrested a few people from the area, but said that they were soon released after being taken to the Hithadhoo Police Station.

Police however did not disclose the identity of those arrested.