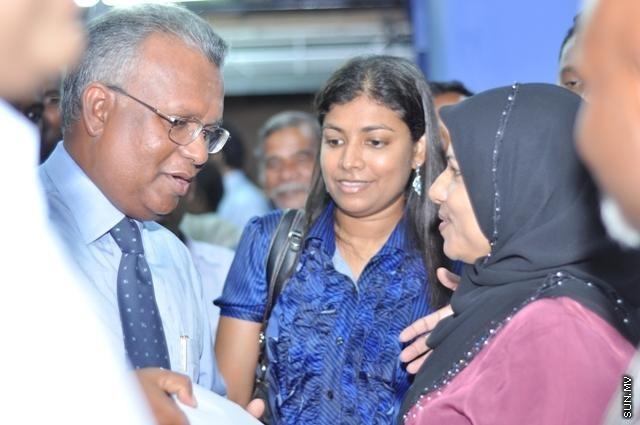 Dhivehi Rayyithunge Party (DRP) has announced the dates for its upcoming congress, which has now been scheduled for 23rd to 25th of April 2013.

The party's congress was previously scheduled for the last week of this month, but had to postpone the gathering saying that Dharubaaruge was unavailable for those dates.

DRP’s spokesperson Zeena Zahir told Sun today that they have now decided the dates for the congress to be from the 23th till 25th of April and said that Male’ City Council has also assured them that Dharubaaruge will be available.

The party had first announced its congress for last December but indefinitely cancelled the meeting, and was later rescheduled for the last week of this month. They have now fixed the dates for mid-April.

“We will be able to conduct it [congress] next month. Male’ City Council has notified us with a letter that Dharubaaruge will be available for that date,” Zeena said.

DRP estimate that 900 to 1000 representative from around the country will participate in the congress.