Will commence a 100-bed hospital project in Addu City this year: Health Ministry 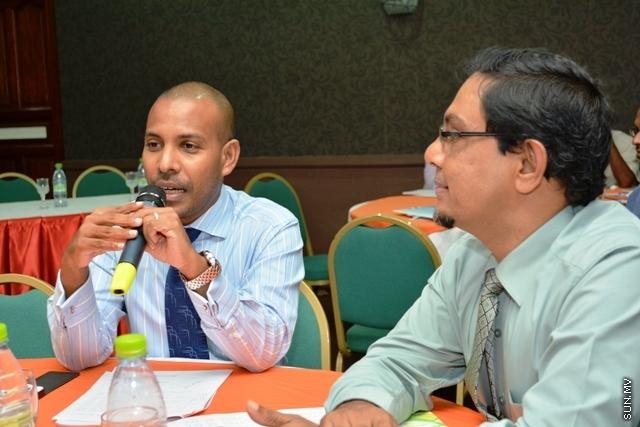 Health Ministry has said that they will commence a project to build a Hospital with the capacity of 100 beds in Addu City this year.

Speaking to the media following the ‘planning retreat’ organized by the Ministry to discuss last year's achievements and the future goals for the health sector, the Ministry’s Director General of Health Services Dr. Sheeza Ali said that apart from the PSIP projects, there are a few project planned to be conducted with the help of international aid this year.

“One thing we are working on right now is to establish a 100 bed Hospital in Addu atoll. The funds have been approved, but a lot of work needs to be done before the project can begin. We are now working on that,” Dr. Sheeza said.

Health Ministry said that the Addu City Hospital project is to be carried out with financial support from the Saudi Fund and the OPEC Fund for International Development (OFID).

They said the project cannot begin before some conditions proposed by the Saudi Fund and OFID are met, and said that it might be a few months before the project begins.

“They have a few requirements. For example, that at least 6 parties have to apply if we open the project for bidding. Because Maldives is small, no bid is contested by 6 parties. There are certain difficulties like that,” Sheeza said.

The international standard quarantine facility planned to be built in Hulhumale’ is to be carried out with the financial aid from the International Development Bank.

All members of JSC to be summoned to Parliament committee tomorrow