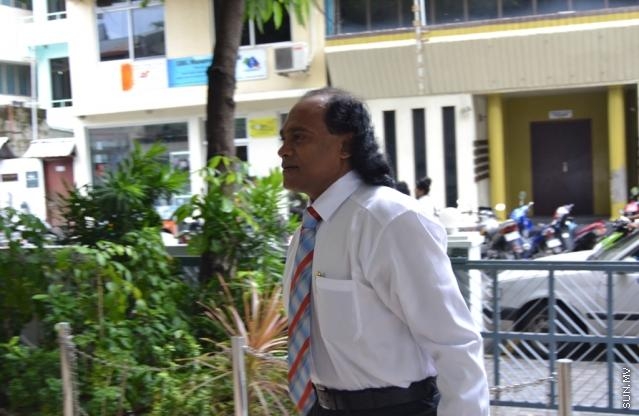 The State has presented evidence in court against former Chief of Defence Force Moosa Ali Jaleel after he denied the charges regarding the illegal arrest of Chief Judge of Criminal Court Abdullah Mohamed.

Presenting the claims against Moosa Ali Jaleel, Nashid said that Moosa Ali Jaleel is charged under article 81 of the Penal Code for arresting an innocent person; because as Chief of Defence Force of Maldives National Defence Force (MNDF), he participated in the discussions held regarding the arrest of Judge Abdullah, participated in the operation to arrest Judge Abdullah, arrested Judge Abdullah on the night of 16 February 2012 and held him in Kaafu Girifushi until 8 February 2012.

The court did not make a decision on the procedural issue that claimed that the bench of judges presiding over the trial against Moosa Ali Jaleel was not appointed within the boundaries of the authority of Judicial Service Commission (JSC). The judges said that they would not be able to decide on a matter related directly to them.

He further said that the Human Rights Commission is an independent institution, which means the claim by Moosa Ali Jaleel’s lawyer that the commission is made up of only five members, is incorrect.

Rabiu said that the investigation was carried out by a group of employees assigned to this task by the commission, and that this is clearly indicated in the investigation report. He requested the court to take this fact into account and make a decision on these procedural issues.

Judge Sujau Usman said that a decision on the two procedural issues will be made at the next session.

The judges gave Moosa Ali Jaleel 23 days to prepare his detailed defence before the trial was adjourned today.