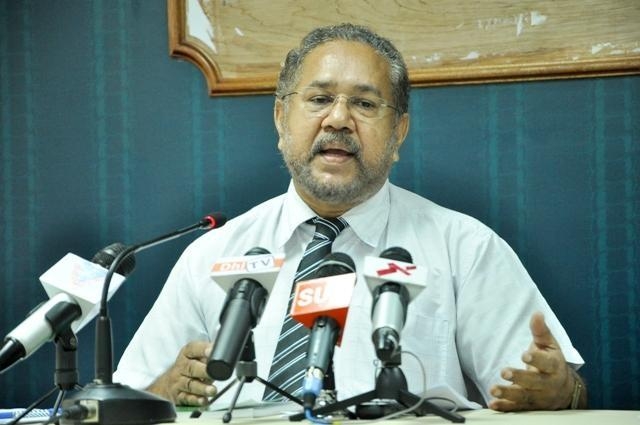 Human Rights Ambassador Ahmed Ibrahim Didi (Sandhaan Ahanmaidhy) has said that the Elections Commission is under political influence or affected by ignorance, and that the commission does not condemn crimes conducted by political parties for this reason.

Responding to a question by Sun Online regarding recent accusations that the Elections Commission is being influenced by politics, Ahanmaidhy said last night that the commission has been noted as an irresponsible institution following its failure to take action or condemn crimes conducted by political parties.

“It is affected by something, either political influence or ignorance. One of these two things has affected the commission. They are the oversight body for political parties, yet they burn the crimes conducted by political parties. When did they ever condemn these activities? What action have they taken? So we have always accused them of being irresponsible,” Ahanmaidhy said.

Ahanmaidhy expressed his dissatisfaction over the response by the Elections Commission following the ratification of the Political Party Bill and said that President Waheed’s Gaumee Itthihad Party (GIP) had submitted over 11,000 membership forms to the commission before the bill was ratified.

“Gaumee Itthihad had submitted over 11,000 membership forms to the commission before the bill was ratified, and the forms had even been accepted. So whose problem is it, that they haven’t been able to process the forms? Isn’t it their problem? So what right do they have to dissolve Gaumee Itthihad Party? The party membership had reached 11,000. So there is some influence, some thing, something wrong with the commission. They have to correct that. Everyone should be treated equally,” Ahanmaidhy said.

Shortly after the ratification of the Political Party Bill by the president, the Elections Commission announced that eleven political parties had been removed from its registry.

However the eleven parties have been included in the commission’s registry again, following a temporary order by the Supreme Court to all relevant authorities to halt all efforts to dissolve political parties until the court makes a decision on the case filed by the State in relation to the Political Party Act.