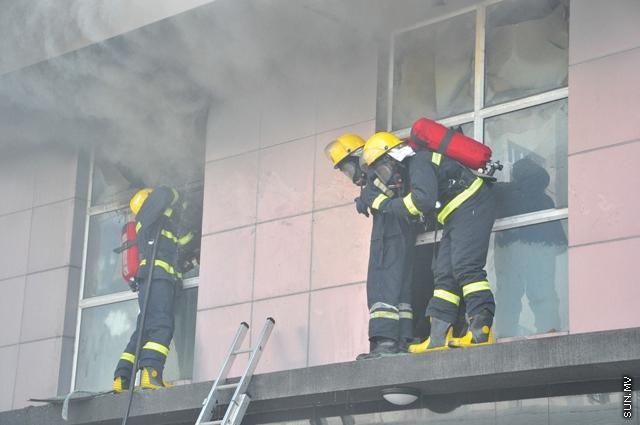 The owners of Golden Lane, the company that operates the “Parkway 3” shop that suffered a fire incident yesterday, has stated that the damages resulting from the fire are predicted to exceed MVR 2 million.

Golden Lane’s Director Abdulla Saeed said that the fire had damaged the interior of building as well as goods inside, and that the estimated damages would sum up to amounts exceeding MVR 2 million. He said that goods that were damaged included bicycles, plastic chairs and large quantities of furniture.

He said that in their attempts to extinguish the fire, MNDF fire team had hosed the area with large quantities water and that it had caused the water to dripped down to the furniture that were placed directly below on the ground floor.

The fire incident in Parkway 3 took place yesterday while the shop was in operation. Saeed said that the employees are unaware of what had caused the fire to ignite. “All of a sudden, electricity went out from the building. Then as the smoke started to rise, the alarm went off, and the building was evacuated. MNDF had attended to the scene in a short period of time,” Saeed said.

Naseer appointed as High Commissioner of Maldives to India