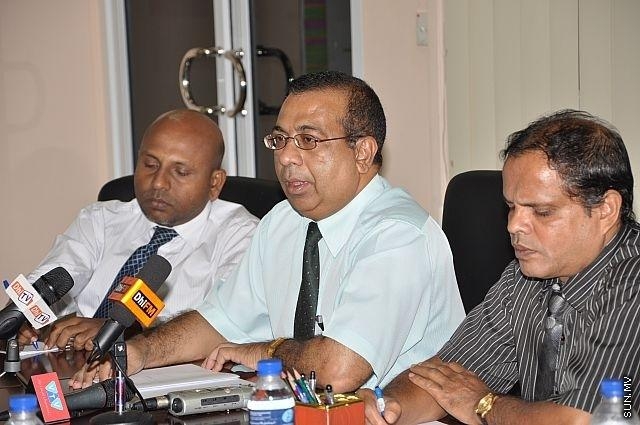 Elections Commission (EC) has announced its decision to establish EC units in all atolls of the Maldives, and have permanent staff working in these units.

EC Member Ali Mohamed Manik said at a press conference today that the units will be established in all 20 atolls, and that one person at the level of assistant director and two other staff will be employed at 13 of the 20 units.

He said that due to lack of funds, seven units will only have an admin officer and an office assistant, and no assistant directors.

Manik said that it had already been requested to announce for hiring employees for the units.

He said that the units will be located at the councils of atoll capitals, and that five atoll offices have confirmed availability of space for the establishment of the units.

EC President Fuad Thaufeeg said that the establishment of the units will help minimise EC’s costs.

He said that having permanent employees would also mean that employees work more responsibly, which would benefit the commission.

“The main task of the employees of the units would be to maintain the atoll registries as efficiently as possible. We have difficulties in obtaining information, especially related to deaths. They would remove those people from the list. They would also work with preparing and holding by-elections.”