Dead body found in a house in Male 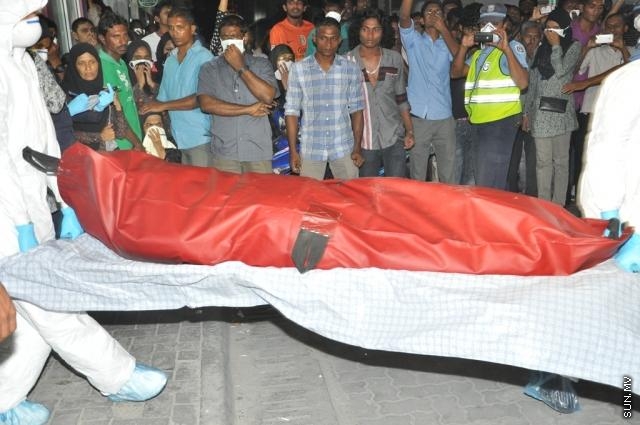 A person has been found dead in a house called M. Ever Free in Male’ tonight.

Speaking to the press near West Park, Head of Serious and Organized Crime Department Chief Inspector of Police Mohamed Daud said the person discovered dead in a room in M. Ever Free has been identified as Mohamed Ali Ismail, Faafu Dharanboondhoo Finifenmaage, 53 years of age.

Daud said that police received a report from a local source around 8:30 pm tonight and that they suspect Mohamed Ali Ismail to have died of natural causes. He said that more information will be revealed following investigation.

Sun reporters noticed a foul smell near M. Ever Free as they arrived at the scene. People living near the house said that a person from the public reported the incident due to foul small that had persisted in the area.

A large number of people from the public gathered while the police forensics team was attending the scene.

The body of Mohamed Ali Ismail was moved to the mortuary around 11:15 tonight.

UN and US express concern over attacks on journalists in Maldives